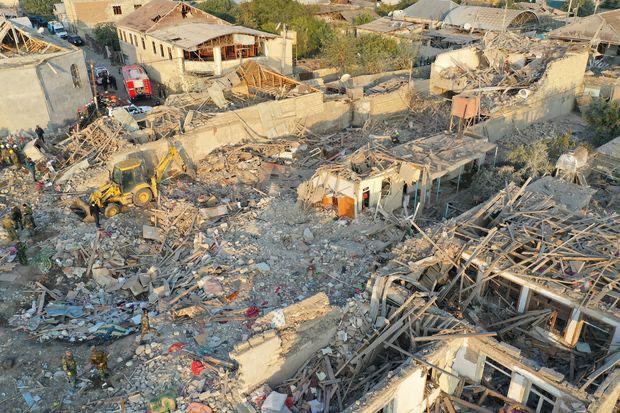 At the initiative of the chairman of the Azerbaijani diaspora organization in Egypt, researcher-scientist Seymur Nasirov, the media of the People's Democratic Republic of Algeria, the Arab Republic of Egypt, and the Kingdom of Saudi Arabia regularly covers the appeals of President Ilham Aliyev to the Azerbaijani people, as well as, the just struggle of Azerbaijan on its lands for the restoration of territorial integrity.

The article mentions that Armenia, which does not comply with UN Security Council Resolutions 822, 853, 874, and 884, continues its aggressive policy. Armenia, which keeps under occupation 20% of the territory of Azerbaijan for nearly 30 years, has been constantly committing military provocations and terrorist acts.

As well, intensive shelling of civilian objects in densely populated Ganja, Mingachevir, Barda, and other settlements located outside the frontline region of Azerbaijan by the Armenian armed forces, using heavy artillery and special prohibited missile systems, was also widely covered in the media.

It was also noted that the terrorist acts committed by Armenia, deliberately targeting the civilian population, are a crime not only against Azerbaijan, but also against humanity, and this is a very dangerous tendency.

Read more at these links: