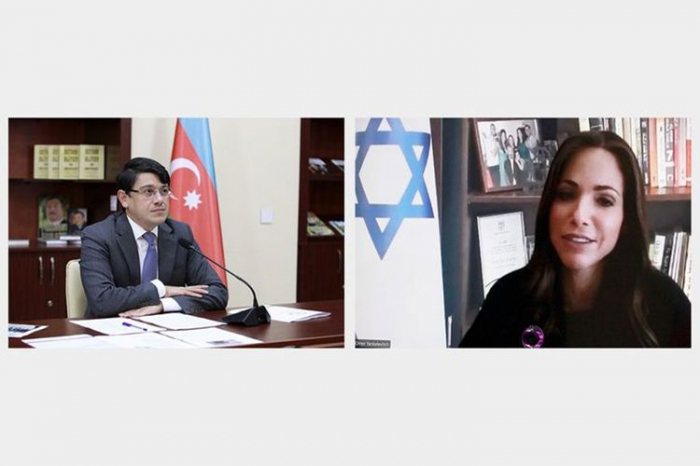 The repeated missile attacks by the Armenian armed forces on Azerbaijan’s Barda, Ganja, Mingachevir, Naftalan cities and Absheron, Sabirabad, Kurdamir, Goranboy, Khizi, Gabala districts, as well as the killing of civilians and minors, are war crimes, said Fuad Muradov, Chairman of the State Committee of Azerbaijan for Diaspora Affairs.

He made the remarks during a virtual meeting with Israel’s Minister of Diaspora Affairs Omer Yankelevich, the State Committee told AzVision.az.

Over 100 representatives of the Jewish community in Baku and the Azerbaijani community in Israel joined the meeting.

Referring to Azerbaijani President Ilham Aliyev’s statement “We [Azerbaijan] continue our work on building bridges between religions, cultures, countries, Muradov said ensuring a peaceful and friendly coexistence of representatives of various nations and religions in Azerbaijan is among the state’s priorities.

Expressing regret over the ongoing war on the territory of Azerbaijan, Yankelevich said Israel always stands by Azerbaijan and the prayers of the Israeli people are with Azerbaijanis in this difficult time.