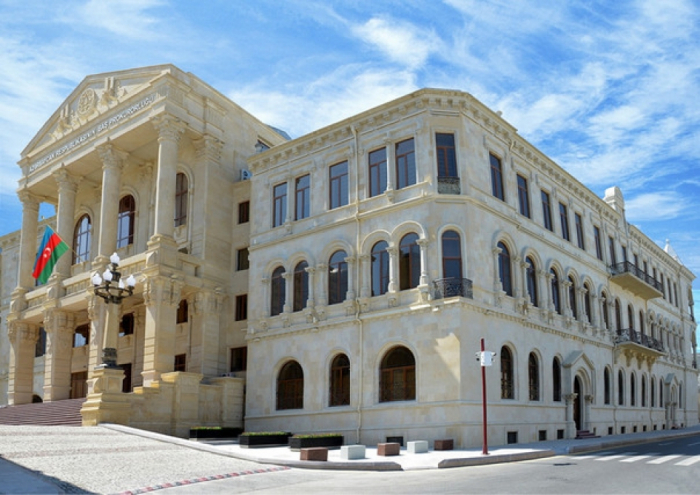 As reported earlier, on the basis of numerous reports in the local and foreign media about the crimes committed by Georgian citizen Vahan Chakhalyan in the territory of the Republic of Azerbaijan, the Prosecutor General's Office of the Republic of Azerbaijan launched an investigation (under the following articles of the Criminal code: 100.2 (conducting aggressive war), 114 (mercenary),29, 120.2.1 (deliberate murder committed by a group of persons, on preliminary arrangement by group of persons, by an organized group or criminal community (organization)), 29, 120.2.4 (deliberate murder committed with special cruelty or in publicly dangers way), 279.3 (creation of armed formations not provided by the legislation) and other articles) and a criminal case was launched.

During the investigation, Vahan Chakhalyan, a mercenary involved in combat operations against the Azerbaijani Army in Nagorno-Karabakh, was charged under the above-mentioned articles of the Criminal Code and was declared internationally wanted by the district court in absentia.

Some media outlets reported that Vahan Chakhalyan was killed during the fighting, as well as deprived of the citizenship of the Republic of Georgia.

During the investigation of this issue, According to the oral information received from the Prosecutor General's Office of Georgia it was revealed that Vahan Chakhalyan became a citizen of the Republic of Armenia at the end of 2019, so therefore in early 2020, his citizenship was terminated by the Georgian government. Vahan Chakhalyan then appealed to the relevant state bodies of Georgia to restore the citizenship of that country, but in June 2020, his appeal was rejected on the merits.

A few days later, information was posted on V. Chakhalyan's Facebook account about his participation in the battles.

Vahan Chakhalyan is currently on the international wanted list and the Prosecutor General's Office is investigating the case.