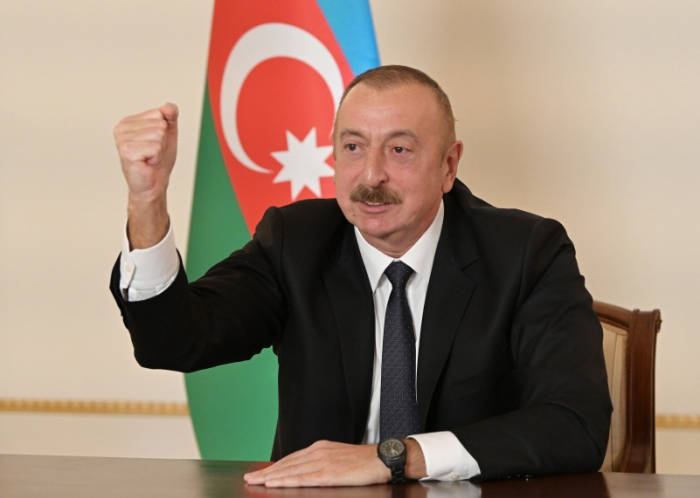 President of the Republic of Azerbaijan Ilham Aliyev has said that Armenia, in fact, admitted its defeat.

“The Armenian prime minister has recently addressed a letter to the Russian President Mr Putin. That letter, is, in fact, an acknowledgement of defeat because they wanted military support from Russia although there are no grounds for that,” the head of state said as he received a delegation led by Minister of Foreign Affairs of the Republic of Turkey Mevlut Cavusoglu.

The president said that on the one hand, Armenia admitted its defeat, as evidenced by the letter addressed to the Russian leader, while on the other, it did not want to give up completely.

The head of state noted that Armenia was completely responsible for the situation, adding that if the Armenian side admitted its defeat and withdrew from Azerbaijan`s occupied lands, the most appropriate option for solving the issue would be sitting down at the negotiation table.