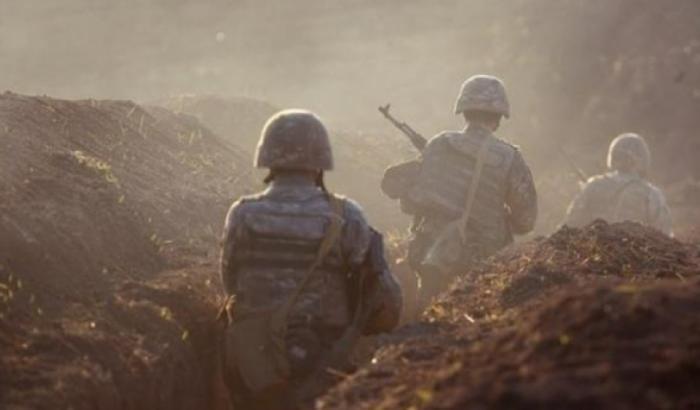 During the day on November 1, units of the Armenian armed forces attempted to attack the Zangilan site of the Armenia-Azerbaijan state border, AzVision.az reports citing the Ministry of Defense of Azerbaijan.

The Armenian Army fired at the positions of Azerbaijan's military units using mortars and various large-caliber weapons to seize a number of favorable high grounds in this direction.

The opposite side's attempt to attack was detected in time by Azerbaijani military units and as a result of the successful operation, the opposite side suffered heavy losses.

During the battle, Armenia, which lost about 30 personnel was forced to retreat to the territory of Armenia.

Due to the vigilance of Azerbaijani units’ military personnel, Armenia's Su-25 attack aircraft, which attacked our positions from the air, was also shot down.