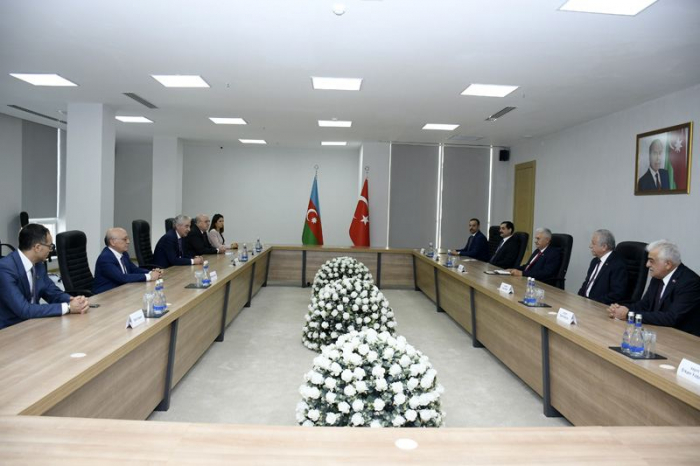 The meeting was attended by Chairman of the Turkey-Azerbaijan inter-parliamentary friendship group Shamil Ayrim, Chairman of the faction in the Turkish Parliament of the Nationalist Party of Turkey, which is allied with the ruling Justice and Development Party, as well as Binali Yildirim's son Erkam Yildirim and Rector of Bozok University, Professor Kursad Zorlu.

Ahmadov said that this visit an example of high ties between the two countries, noting that the whole world is a witness of the Azerbaijani-Turkish brotherhood and historical friendship of the two countries, and especially, Turkey's support for the fair struggle of Azerbaijan.

“The whole world sees that there is such a large state as Turkey next to Azerbaijan, which is presently fighting for a just cause, and this is also a message to the world. This is a vivid example of the moral and political support provided by the president of Turkey, officials, and the entire Turkish society to our country," Ahmadov said.