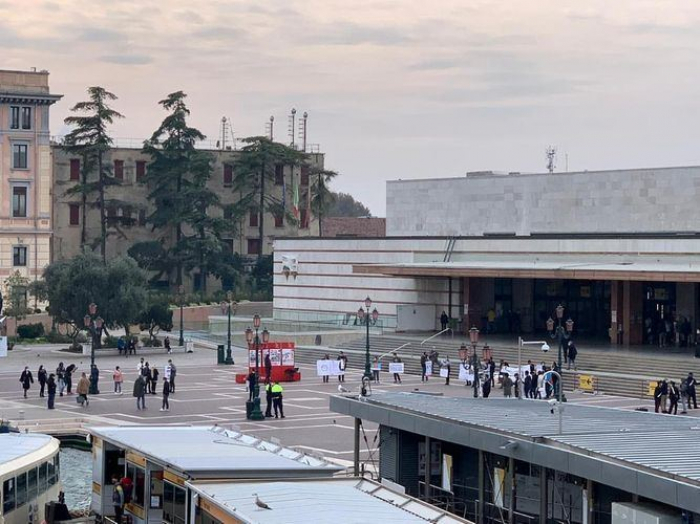 Azerbaijanis living and studying in Italy, as well as representatives of the Turkish community, held a rally in Venice to inform the public about the terrorist acts of the occupying Armenian army, the killing of civilians, including children and women in Ganja and Barda.

At the event organized by the Azerbaijan- Italia Youth Association, our compatriots held information boards reflecting the aggressive policy of Armenia and the terrorist acts committed by Armenia in Ganja and Barda cities. Numerous residents and tourists approaching the protesters were informed about the terrorist acts of the occupying Armenian army and the targeting of Azerbaijani civilians with cluster missiles, the use of which is banned against civilians.

Additionally, the residents of the city were able to get acquainted with the information in the Italian language, as well as photos reflecting the atrocities committed by Armenia, using a special scan code.