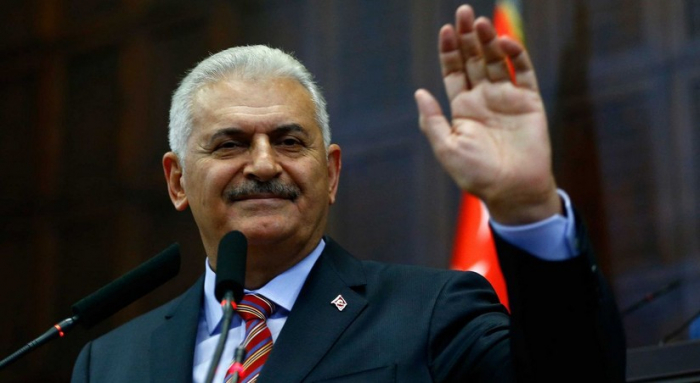 Turkey has always stood by Azerbaijan and will always support the brotherly country, said former Prime Minister of the Republic of Turkey, former Speaker of the Turkish Grand National Assembly (TBMM), MP Binali Yildirim at a press conference held in Baku.

MP Binali Yildirim highlighted the support of Turkey in the Nagorno-Karabakh conflict. Yildirim also called the Khojaly genocide in the early 1990s and the occupation of 7 regions surrounding Nagorno-Karabakh unacceptable.

“As a result of the occupation, more than 1 million Azerbaijanis were expelled from their homeland. Those who called for peace now ignored what was happening at those times. Although the OSCE Minsk Group was established to resolve the conflict, they could not handle their task. That is why Azerbaijan is fighting for its rights. Turkey has always stood by Azerbaijan in this war and will continue to stand by it. As a brother country, we are very happy for the liberation of every occupied territory by Azerbaijan”, Yildirim stated.

Yildirim noted that the projects implemented by Turkey together with Azerbaijan are of great importance for both countries and the Caucasus region. Cooperation between Turkey and Azerbaijan in political, social and other fields is aimed at establishing peace and welfare in the region.