Ilham Aliyev: Azerbaijan has enough evidence about foreigners fighting on Armenian side 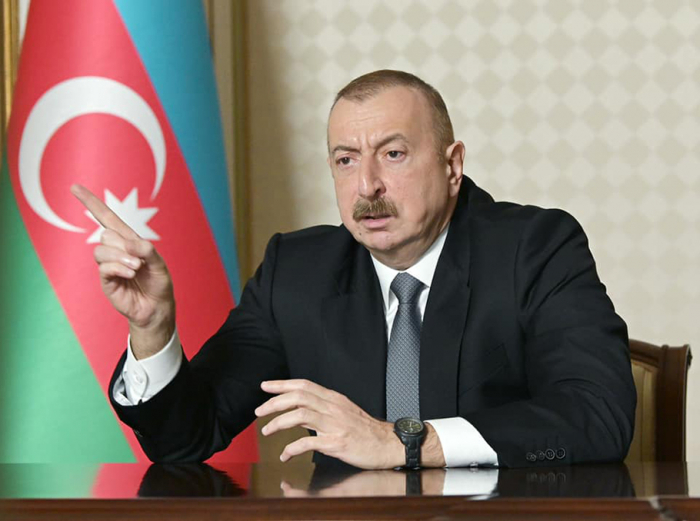 “They say they are native Armenians but first, it does not make any difference, because if foreign citizen is fighting against one country against another, it is a mercenary,” the head of state said.

President Aliyev noted that there is not 100% evidence that all of them are Armenians.

“We know that there are others. We know that PKK is there, we know that some terrorists from the Middle East joined the so-called “army of Nagorno-Karabakh”. Therefore, unfortunately, this issue is absolutely out of picture. So, it creates an impression of a deliberate political attack on Azerbaijan. Plus, why Armenians are also exploiting this false statement, because for them probably it is very painful to admit that we beat them on the battlefield,” he added.