Armenian forces fired 13 cities of Azerbaijan outside the conflict zone 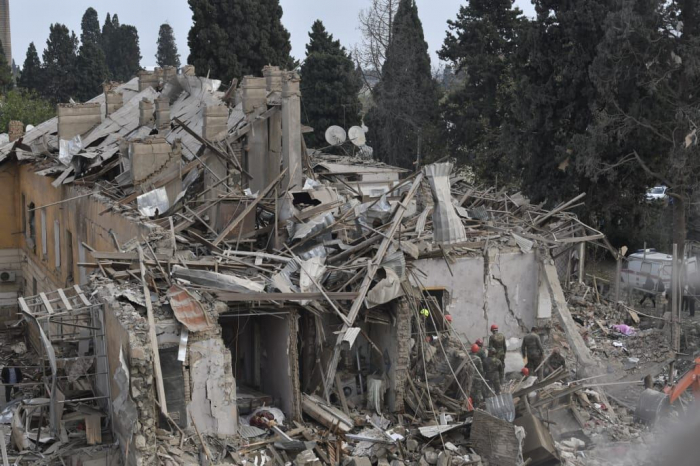 The monitoring group of Azerbaijani human rights organizations named some of the war crimes committed by Armenian Armed Forces against civilians in the settlements of Azerbaijan, Chairman of the Public Association for Humanitarian Research Avaz Hasanov said.

Hasanov made the remark at a briefing on the public presentation of the respective report, Azvision.az reports on November 4.

According to him, the report stressed that the shelling of settlements outside the conflict zone by the Armenian Armed Forces is one of the most serious crimes in the ongoing war. In gross violation of the provisions of the 3rd clause of the IV Geneva Convention of 1949, the Armenian side fired at the settlements of Azerbaijan located far from the conflict zone using prohibited ammunition, thereby committing war crimes against humanity.

He noted that as a result of the aggression of the Armenian side against civilians, the following crimes were committed:

1. At various times, 13 cities of Azerbaijan outside the conflict zone were subjected to attacks from the Smerch and Grad missile launch systems.

2. The city of Tartar and 36 villages of the Tartar district were inflicted heavy damage.

3. Targeting of important energy projects and oil pipelines that ensure the energy security of the EU countries.

4. School buildings, hospitals, and other social facilities have been destroyed and damaged as a result of missile attacks on peaceful cities.

5. As a result of the Armenian aggression, 91 people were killed, including 18 women and 14 children.