Karabakh discussion in Korea: Truth was conveyed to 40,000 viewers 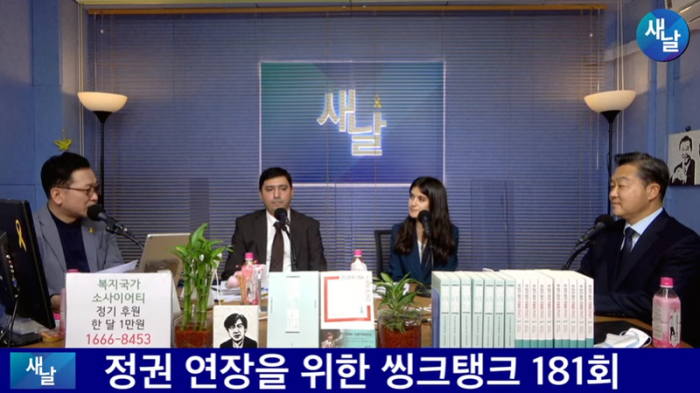 Korea's "Yeni Gun" youtube channel, which has 350,000 Korean subscribers, discussed Azerbaijan's patriotic war for the liberation of its occupied territories.

Counselor of the Azerbaijani Embassy in Korea Vasif Aliyev and Azerbaijani student studying in this country Leyla Masimli were guests of the "Beyin Merkezi (Brain Center)" program broadcasted on the channel.

Representative of the embassy and an Azerbaijani student spoke about the history of Nagorno-Karabakh and Armenia's occupation of 20 percent of Azerbaijani lands for 30 years in Korean.

The program provides comprehensive information on the resolutions adopted by the UN and other international organizations confirming that Nagorno-Karabakh is an integral part of Azerbaijan, killing of thousands of Azerbaijani civilians and the displacement of about one million Azerbaijanis as a result of Armenia's aggression against Azerbaijan.

Besides, it was stated that following another provocative attack by Armenia on September 27, Azerbaijan launched counter-offensive operations within its internationally recognized borders. The Korean audience was informed that the defeated country fired on Azerbaijani settlements, fired rockets at Ganja, Barda and other cities, killing about 100 civilians, including children and the elderly, and injuring injuring nearly 400 people.