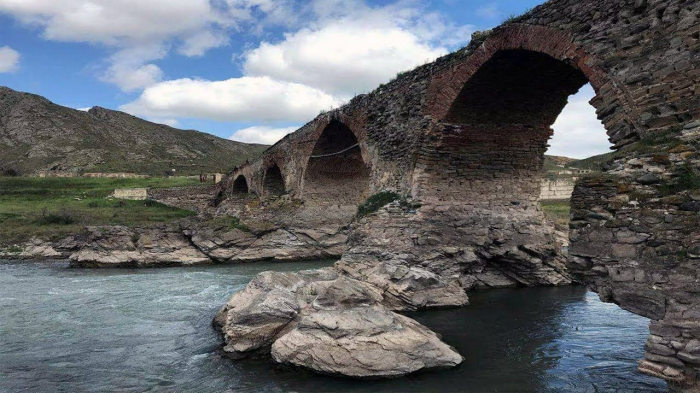 Head of the Information and PR Department of Azerbaijan’s Ministry of Culture Maryam Gafarzade has announced the number of cultural monuments looted and plundered by Armenians in the occupied Azerbaijani territories, AzVision.az reports.

“Some 22 museums and museum branches, where more than 100,000 exhibits were demonstrated, as well as four art galleries, four theaters, two concert halls, eight parks of culture and recreation, were subjected to the Armenian vandalism,” she noted.

"Moreover, over 700 historical and cultural monuments registered by the state before the Armenia-Azerbaijan Nagorno-Karabakh conflict were looted, including the 11 and 15-span Khudaferin bridges in Jabrayil district, Ganjasar and Khudavend sanctuaries in Kalbajar district, the mausoleum in Khachin Turbetli village of Aghdam district, one of the most ancient sites of people - Azykh cave in Fuzuli district, Shusha state historical and architectural reserve," Gafarzade added.