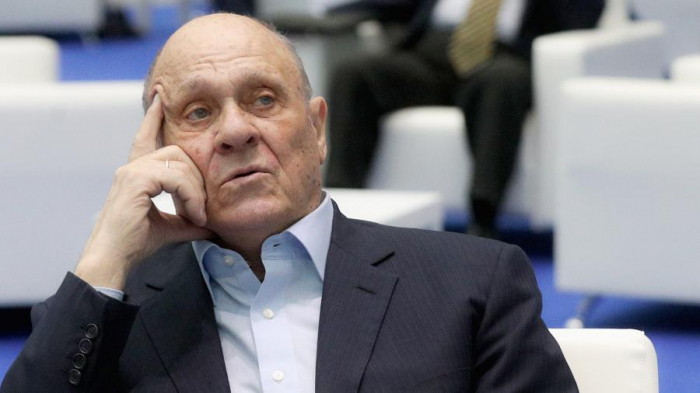 Azerbaijan has a reason to continue military actions until it returns its lands, said Vladimir Menshov, one of the most famous Bakuvians, Russian and Soviet actor, and Oscar winning film director, AzVision.az reports.

Menshov noted that peace should finally be established between Azerbaijan and Armenia in the South Caucasus after 30 years.

He said that during his childhood and youth in Baku, no one divided each other into ethnicities.

“Peace is always better than war, especially between such neighboring countries as Azerbaijan and Armenia. Of course, there must be peace between them. This peace was once, in the late 1980s - early 1990s, cruelly violated,” said the Oscar winner, pointing out that the conflict has not been resolved for almost 30 years.

He stressed that now Azerbaijan has a reason to continue military operations until it returns its lands.

“I was born and lived in Baku. In my childhood and youth, I did not feel any differences - you are Azerbaijani, Armenian, Russian or Jew. They just weren't there. Everyone lived peacefully,” Menshov said.

“My relatives were working at an oil producing plant named after Schmidt in Baku. There were Azerbaijanis, Armenians, and Ukrainians in the same brigade. They often gathered and spent their time amicably,” he added.

The famous film director said he was very surprised when he learned that about 30,000 Armenians are currently living in Azerbaijan.

“I think that probably not a single Azerbaijani is left in Armenia,” he added.

The Oscar winner emphasized the importance of promoting all peaceful initiatives in every possible way to establish peace in the South Caucasus.

“Peace must be ensured so that peoples, civilians do not suffer, women, children, old people do not die. It is high time to establish peace, people cannot wait that long,” Menshov concluded.