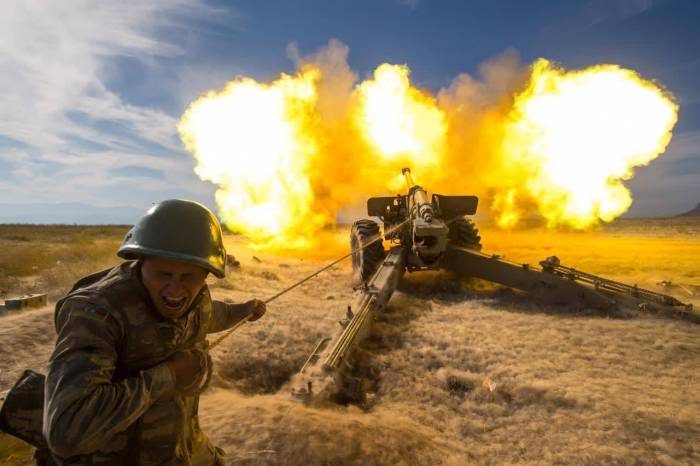 During the day on November 7 and night on November 8, the Armenian armed forces units fired at the positions of the units of the Azerbaijan Army and the residential settlements in various directions of the front with different small arms, howitzers, and mortars, the Ministry of Defense of Azerbaijan reported.

The Armenian Army, which is unable to resist in the front, finds firing at peaceful population and civilian infrastructure as a way out. As a result of artillery shelling of villages of Tartar, Barda, Aghdam, Aghjabedi, and Gubadli regions by Armenian armed forces units last day, some civilians were killed and injured, civilian infrastructure was damaged. The retaliatory actions taken by the Azerbaijan Army were only against legitimate military targets.

During the day, a large number of Armenia's troops, 4 - T-72 tanks, 2 - D-20 howitzers, and several military trucks full of ammunition were destroyed and wrecked.

Currently, combat operations are underway. The operational situation is under the control of the Azerbaijani troops.

Starting from September 27, the Armenian side shelled the positions of the Azerbaijan Army along the entire length of the front and Azerbaijani residential settlements located in the frontline zone with large-calibre weapons, mortars, and artillery mounts of various calibers. Currently, the Azerbaijani Army carries out counter-attack in response to the Armenian military attacks.