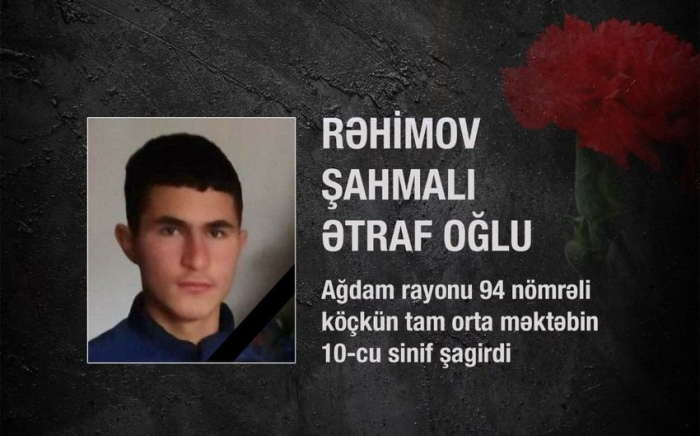 On November 7, another Azerbaijani schoolboy has become a victim of Armenian aggression - 16-year-old Shahmaly Rahimov was killed following a shell fired by the Armenian Armed Forces in the Barda district, the Azerbaijani Ministry of Education posted on Facebook page.

Shahmaly studied in the 10th grade of school No. 94, where internally displaced persons from Aghdam district study, the ministry post said.

The number of Azerbaijani schoolchildren who have become victims of the Armenian aggression has reached 10, said the post.