Pakistan's ambassador to Azerbaijani expresses congratulations on liberation of Shusha 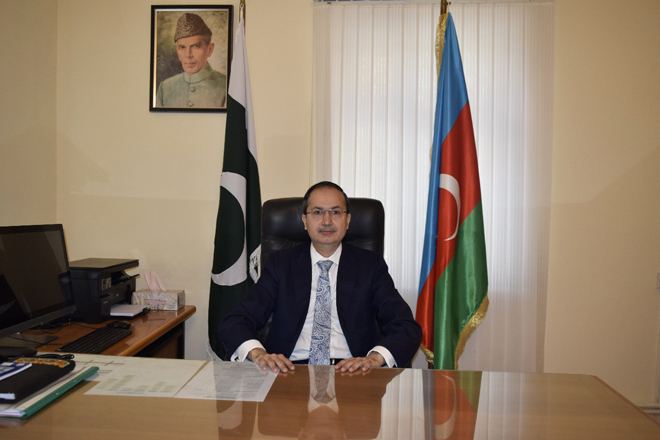 Pakistan’s Ambassador to Azerbaijan Bilal Hayee has expressed congratulations on the liberation of Azerbaijani city of Shusha from Armenian occupation.

“Congratulations to the people of Azerbaijan for liberating their historic ancestral city Shusha,” Hayee wrote.

On Nov. 8, 2020 President of the Republic of Azerbaijan, Victorious Commander-in-Chief Ilham Aliyev announced that the city of Shusha has been liberated from occupation.