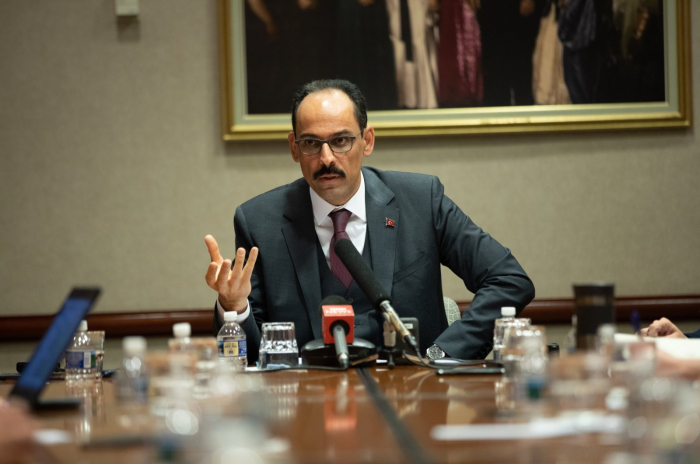 According to a statement by the presidency, the spokesperson and the MI6 chief discussed Turkey and the United Kingdom's bilateral relations.

Kalın and Moore also exchanged views on the developments in Libya, the Eastern Mediterranean and the Middle East.

The two evaluated opportunities for cooperation between the nations in the fields of security and foreign relations.

Britain previously welcomed the "agreement by Azerbaijan and Armenia to end the Nagorno-Karabakh conflict," Foreign Secretary Dominic Raab wrote on Twitter on Tuesday.