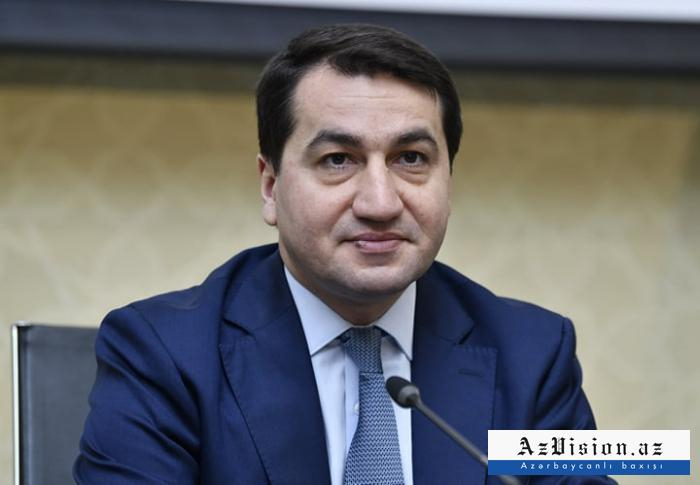 The destruction in the occupied Azerbaijani territories as a result of the Armenian aggression will be assessed separately within the framework of the 30-year process, Hikmet Hajiyev, Assistant to the Azerbaijani President, Head of Foreign Policy Affairs Department of the Presidential Administration, said at a briefing on Friday, AzVision.az reports.

“When Azerbaijan raised this issue earlier, it did not have access to these territories, and it was difficult to make it public on the basis of real facts. Now these territories are liberated from occupation,” Hajiyev said.

The presidential aide noted that Azerbaijani citizens affected by the Armenian aggression will be provided with new houses. “If necessary, their houses will be overhauled,” he said.

Hajiyev added that 4 mosques and churches, 15 cemeteries and more than 50 schools along the frontline were damaged as a result of Armenia’s latest military provocations.