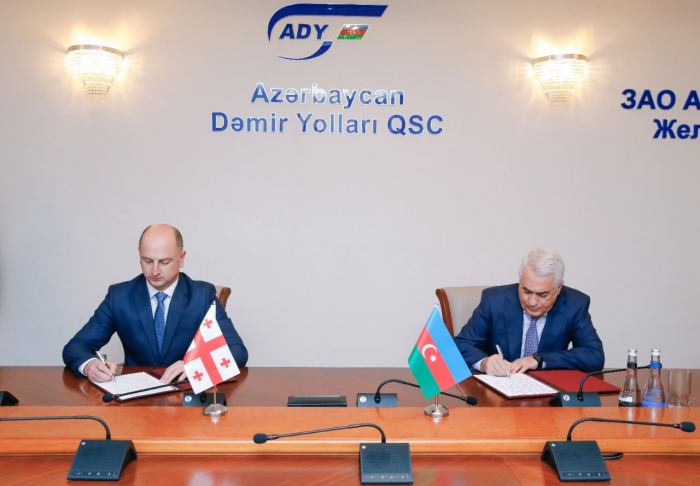 Javid Gurbanov, Chairman of Azerbaijan Railways CJSC, spoke about the existing cooperation between the Azerbaijani and Georgian Railways, Azerbaijan's transport and logistics opportunities, railway reforms and work to improve its efficiency.

He spoke in details about the Baku-Tbilisi-Kars railway and the North-South and South-West transport corridors. The strengthening of international routes is aimed at increasing the transit potential of the participating countries.

In terms of the Baku-Tbilisi-Kars railway's importance, Gurbanov noted that this route is of global significance and is the shortest and most reliable route connecting Europe with Asia. Therefore, after the commissioning of the interest in this route has increased.

Georgian Railway JSC's Director General David Peradze said that the launch of this railway is the greatest contribution to stability in the region, establishing closer ties between countries' peoples and economic development. Using the opportunities of this route, cargo is transported through Azerbaijan and Georgia from China, Central Asia to Turkey and back.

Then the parties exchanged views on the prospects of cooperation between the railways of the two countries, discussed issues related to cargo transportation and improving operational efficiency.