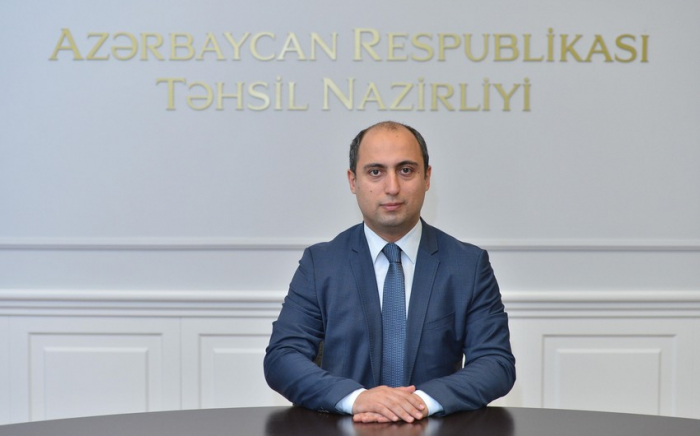 Some Azerbaijani students have been mobilized to the front and have signed up as volunteers, Azerbaijani Education Minister Emin Amrullayev said on Nov. 19.

“The Ministry of Education receives various requests for the reinstatement of these students in educational institutions and on other issues related to the continuation of their study,” Amrullayev said, AzVision.az reports citing Trend.

“Depending on the nature of the problems, there are different ways to solve them,” the minister said. “In some cases, the heads of educational institutions are given instructions to quickly solve these problems, but in most cases, these are the issues that are regulated upon the rules.”

“They are now being collected and systematized,” the minister said. “If it is necessary to change the rules, then we are doing it, trying to resolve the issue that has arisen. The Ministry of Education is trying to revise these rules by creating a regulatory framework. Depending on the nature of the problem, the citizens' applications are considered and resolved.”

Amrullayev also touched upon the issue of expected changes in the school curriculum from the second half of the year.

“The Ministry of Education is planning to transfer the files related to the second Armenia-Azerbaijan Nagorno-Karabakh war to schools soon,” the minister added.