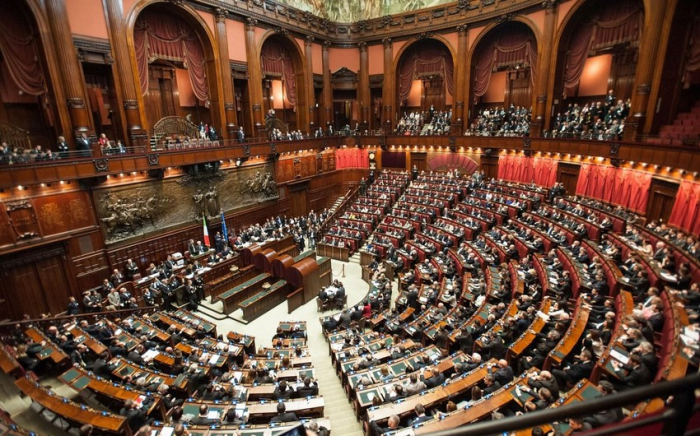 On November 18, the Standing Committee on Foreign Affairs of the Chamber of Deputies of Italy adopted a resolution calling on the President of Azerbaijan, the Prime Minister of Armenia and the President of Russia to comply with the obligations of the Nagorno-Karabakh peace deal, AzVision.az reports citing the press service of Azerbaijan's MFA.

The resolution provides information on the history and legal framework of the Karabakh conflict.

“Following 1991-1994 military operations 30,000 people died, hundreds of thousands of people became internally displaced persons. Since 1993 Nagorno-Karabakh and other seven districts of Azerbaijan came under the control of Armenia, and that four UN Security Council resolutions expressed a position on the conflict,” said the document.

On September 27, 2020, clashes broke out between Armenia and Azerbaijan, and, despite three humanitarian ceasefires, at least 5,000 people died, extensive damage was caused to infrastructure, settlements, and historical monuments, the resolution said.

“On November 9, 2020, the president of Azerbaijan, the president of Russia, and the prime minister of Armenia signed a statement on an immediate ceasefire, the return of the Armenian-occupied territories to Azerbaijan, and the deployment of Russian peacekeeping forces on the new line of contact, and in this context, the Italian government calls on the parties to abide by the ceasefire and other obligations of the statement dated November 9,” the document added.