Mine clearance carried out liberated Fuzuli district of Azerbaijan 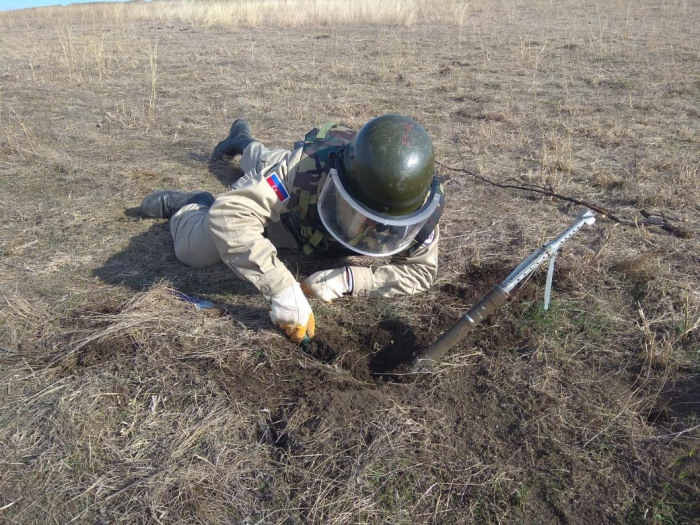 The territory of Azerbaijan’s Fuzuli district, liberated from the Armenian occupation, is being cleared of mines, Head of the Fuzuli district executive power Ali Alyev said on Nov. 19.

“The Fuzuli district police department has already been transferred to the liberated territory,” Aliyev said.

"A commandant's office has also been created,” head of the Fuzuli district executive power said. “Work is being conducted to construct the Fuzuli-Ahmadbayli highway. After the completion of the design work, other repair and construction work will begin."

Following over a month of military action to liberate its territories from Armenian occupation, Azerbaijan has pushed Armenia to sign the surrender document. A joint statement on the matter was made by the Azerbaijani president, Armenia's PM, and the president of Russia.