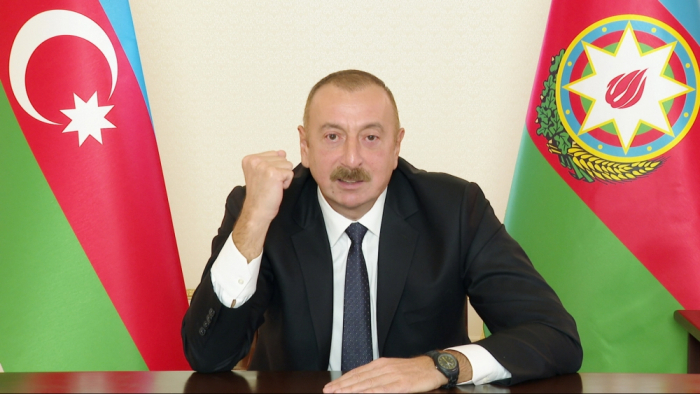 As a matter of fact, our restoration work has already begun. During my visit to Fuzuli, all relevant instructions were given on the construction of a new road from Fuzuli to Shusha, funds were allocated from the President's contingency fund – initially 50 million manats. But these funds will not be sufficient. Additional funds will be allocated next year,  Azerbaijan President Ilham Aliyev said addressing the nation on November 20.

"According to my instructions, the Ahmadbayli-Alkhanli-Fuzuli-Shusha road is divided into several parts. I have instructed to involve several companies so that we can build this road without wasting time and in a short time. The people of Azerbaijan know that the road to Shusha used to be the Aghdam-Khankandi road, but it is not possible to use this road yet. However, the trilateral statement signed on 10 November states that all communications will be opened, including the Aghdam-Khankandi-Shusha highway, which will be opened after some time. I believe that the opening of communications, as well as the roads and communications connecting the Nakhchivan Autonomous Republic and the rest of Azerbaijan, will also contribute to long-term peace in the region in the future.

These issues will be resolved in a planned manner. We started the first major project. In the same manner, we will take consistent steps to restore the city of Aghdam and all its infrastructure. The people of Aghdam and all the other districts liberated from occupation can rest assured that the Azerbaijani state will always stand by them", President noted.