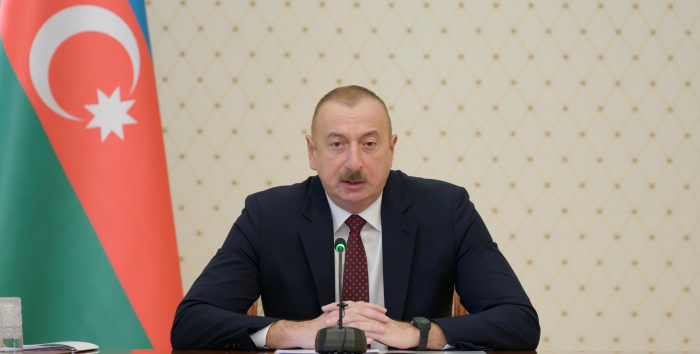 "Cities located near the war zone were subjected to shelling, mortar and artillery shelling almost on a daily basis, but there were also ballistic missile attacks on the cities of Ganja, Mingachevir, Barda and other cities. Those were targeted attacks aimed at killing the civilian population. We have documented all these war crimes, the use of ballistic missiles, cluster munitions and phosphorus munitions, and corresponding instructions have been given in connection with further legal actions to be taken by the Azerbaijani side," President Aliyev said.

He made the remarks at his meeting with Russian Defense Minister Sergei Shoigu.

"Armenia has extensively used foreign mercenaries. We have numerous photo and video documents. We have passports of foreign citizens, in particular, citizens of France, the USA, Lebanon, Canada, Georgia and other countries. Some of these people are of Armenian origin, some are not. This, however, does not change the essence of the issue because the participation of foreign mercenaries on the part of Armenia, of course, is unacceptable," the head of the state also noted.