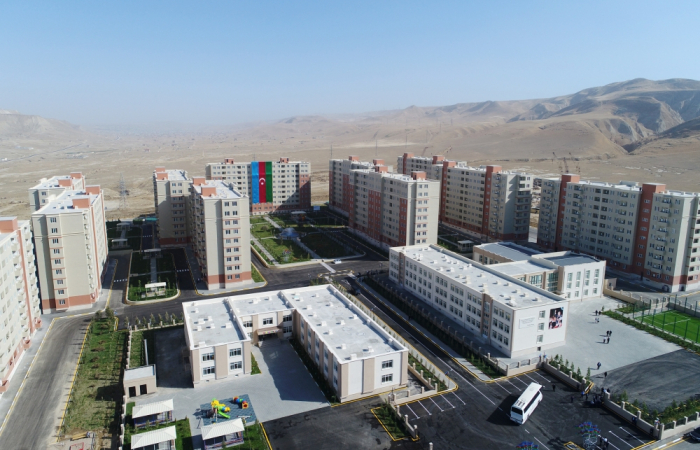 Representation of the United Nations High Commissioner for Refugees (UNHCR) in Azerbaijan in partnership with the “Azercell Telecom” LLC and the “Caspian Compassion Project” Public Union and in coordination with the State Committee for Affairs on Refugees and Internally Displaced Persons (IDPs) started the distribution of the foreign donated eyeglasses to the internally displaced people in “Gobu Park” IDP settlement located in Garadagh district of Baku.

The eyeglasses in the quantity of 1,500 pairs have been sent to Azerbaijan from Japan by a private company “Fuji Optical” Ltd. The company is acknowledged as an important private donor of UNHCR and is owned by the famous Optometrist Doctor Akio Kanai who is the prestigious Nansen Refugee Award winner of 2006 for his consistent in-kind donations and free of charge optometric services for the displaced people in different parts of the world since 1983.

In Azerbaijan, Fuji Optical had realized 15 vision aid missions to Azerbaijan during 2005-2019 and spent about 3 million USD by donating over 60 thousand pairs of high-quality eyeglasses and conducting eye-screening for more than 33 thousand IDPs, refugees, asylum seekers and other vulnerable people in the country. The next vision aid mission of Fuji Optical to Azerbaijan had been scheduled to May 2020, but the visit of the Japanese optometrist specialists under the leadership of Dr. Akio Kanai had to be suspended due to the global Covid-19 pandemic.

Humanitarian assistance of the Japanese Fuji Optical have always been highly appreciated by UNHCR, the Government of Azerbaijan and the beneficiary communities, says UNHCR Country Representative in Azerbaijan Guido Ambroso. “UNHCR continues to contribute to mobilize and coordinate assistance by various actors, including the private sector, to ensure that essential needs of refugees, IDPs and stateless people, are met and to facilitate the achievement of durable solution for all displaced persons. In this regard, the in-kind donations and humanitarian missions by the Japanese Fuji Optical, as well as its significant cash contribution to UNHCR should be highly praised,” he added.

It should be noted that the prize money given to Dr. Akio Kanai as the Nansen Refugee Award in 2006 was donated back to UNHCR. That amount was spent to fund a water supply project for the Khojavand IDP community temporarily settled in Beylagan district. Furthermore, the prestigious “Yomiuri Shinbun International Cooperation” award in the amount of 5 million Yen (approximately 44 thousand USD) given to Dr. Akio Kanai by the Japanese Yomiuri newspaper was donated by him to the Azerbaijani Social Development Fund for IDPs in 2018. The donation was spent to purchase an agricultural machinery to be used by the IDPs who returned to Jojug Marjanli village of Jabrayil district.

UNHCR is mandated to lead and co-ordinate international action, in cooperation with national authorities, to protect and find solutions for refugees worldwide. The Agency has been operating in Azerbaijan since December 1992 when the country was challenged with massive displacement.