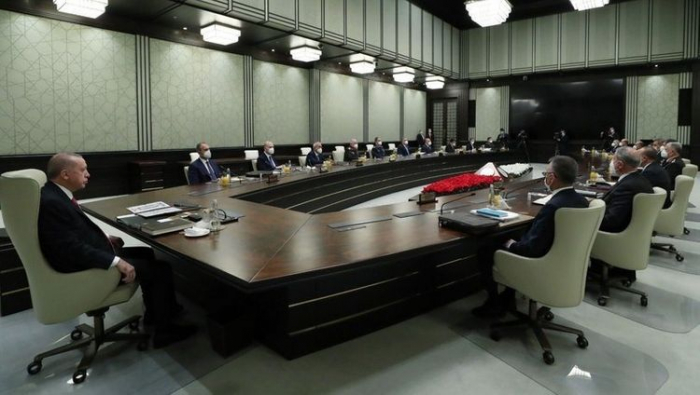 Several issues, including the situation in Nagorno-Karabakh, were discussed Wednesday during a meeting of Turkey’s National Security Council headed by President Recep Tayyip Erdogan.

The meeting lasted about 5 hours.

“The implementation of the ceasefire agreement, the full restoration of Azerbaijan's territorial integrity, the geopolitical situation in the South Caucasus and the role of Turkey in achieving lasting peace were thoroughly discussed at the meeting,” said a statement released after the meeting.