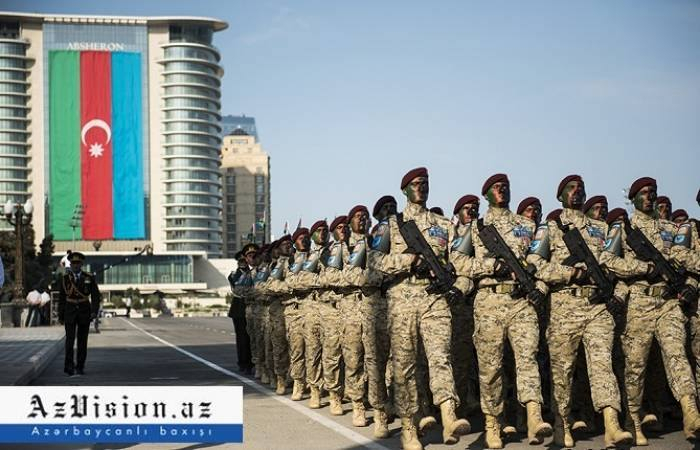 The Azerbaijani army’s successful operations in the field brought the Armenia-Azerbaijan conflict to a close in 44 days, something that the Organization for Security and Co-operation in Europe (OSCE) Minsk Group was unable to resolve for 28 years.

The Minsk Group, which was founded by the OSCE in 1992 to find a solution to the crisis and has been co-chaired by the US, France and Russia since Dec. 6, 1994, could not go beyond calling for a cease-fire and arranging negotiations between the conflicting sides.

With the initiation of the tripartite co-chair system since 1997, the resolution process, which has been monopolized by the co-chairs, has continued until today.

The co-chairs brought many suggestions and plans, but the attempts were always fruitless because Armenia did not go for these solutions.

Armenia continued its occupation of Azerbaijani territories, while the US, Russia and France continued to insist on resolving the conflict only within the framework of the OSCE Minsk Group.

Over time, the Minsk Group transformed into a structure that only organized the meetings of the presidents and foreign ministers of Azerbaijan and Armenia.

- US, Russian and French interests

The Minsk trio wanted to maintain the status quo in order to "dictate" their national interests in the region rather than to offer a peaceful solution to the conflict in line with international law.

During the negotiation process, Russia took steps to strengthen its hegemony in the region and to protect its national interests at its borders.

The US aimed to develop its economic and political interests in the region in order to increase its control over energy and shipping routes.

Meanwhile, France aimed to get a share of the "economic pie" in the region by putting forward the interests of the EU and acted in line with the demands of the Armenian lobby, which is active in the country.

Azerbaijan called for the resolution of the issue and the observance of the basic rules of international law in order to resolve the nearly three-decade long conflict.

However, the co-chairs took an attitude not to resolve the conflict but to extend the life of the deadlock. Azerbaijan's efforts in this direction were not reciprocated.

The co-chairs, who constantly sabotaged the search for solutions, made insistent statements that only they were authorized to resolve the conflict.

In July, following the provocation of Armenia on the Azerbaijani border, the insistent calls of Azerbaijani officials to the Minsk Group and international organizations to take effective steps towards a solution were again unanswered.

In the face of this ineffectiveness and silence of the OSCE Minsk Group, Armenia started new provocations against Azerbaijan in Nagorno-Karabakh, also known as Upper Karabakh, on Sept. 27.

After the Armenian forces attacked the Azerbaijani positions and civilian settlements, the Azerbaijani army launched a comprehensive military operation to liberate all its lands from the illegal occupation of Armenia.

The Azerbaijani army liberated five provinces, four settlements and 286 villages from the occupation until Nov. 9 in the counter operation launched in Karabakh.

The Azerbaijani Armed Forces pulverized the Armenian army by inflicting heavy blows on their positions in Nagorno-Karabakh.

While the Armenian forces retreated with great losses, they left behind lots of weapons and ammunition.

The Armenian army lost most of the tanks, armored vehicles, missiles and artillery batteries it deployed in occupied Nagorno-Karabakh and the surrounding areas.

Many heavy weapons and warplanes, including six S-300 air defense missile systems belonging to Armenia were also destroyed during the 44-day war.

The armed unmanned aerial vehicles purchased from Turkey and Israel played a major role in the success of the Azerbaijani army.

Armenia, which was defeated on the front in 44 days, had to sign a cease-fire agreement with Azerbaijan that put an end to the conflict in Nagorno-Karabakh on Nov.10.