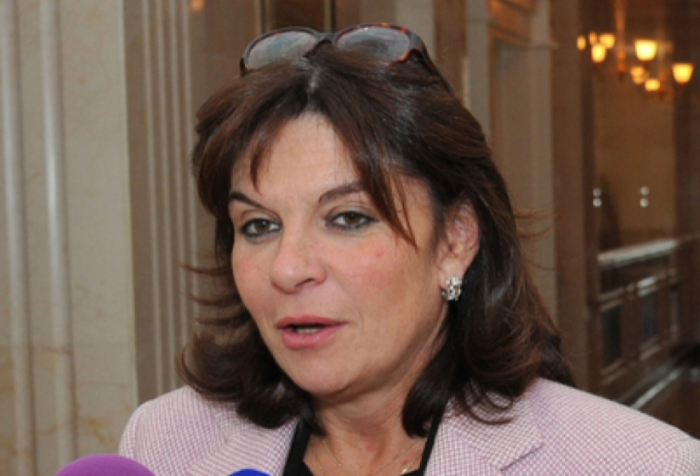 I do not accept the proposal of the resolution to recognize the so-called republic in the Nagorno-Karabakh region of Azerbaijan, said French Senate member Nathalie Goulet.

"This proposal is not clear from a historical, political and diplomatic point of view. I think this is only for the satisfaction of the Armenian lobby and does not matter", Nathalie Goulet stated.

French Senator also stressed that the position of France on the Nagorno-Karabakh region, which is a co-chair of the OSCE Minsk Group, should be neutral instead of supporting Armenia. She called the resolution "unacceptable" expressing her surprise that the resolution on Azerbaijan also includes attacks on Turkey.

"This unfair resolution will not have any results. France will not recognize a non-existent 'republic'. Even Armenia itself has not recognized this so-called 'republic'", Goulet noted.

She also indicated the additional reasons for the adoption of the resolution focusing on some French senators who are reliant on Armenian voters.

"Most of the senators who voted in favour of the resolution cannot show Karabakh on a map because they do not know where it is. The UNSC resolutions demanded the Armenian Armed Forces to leave the occupied territories of Azerbaijan, but no one moved. Politicians who have been indifferent to the 30-year-old conflict seem to have "woken up" after a peace deal was reached", she added.