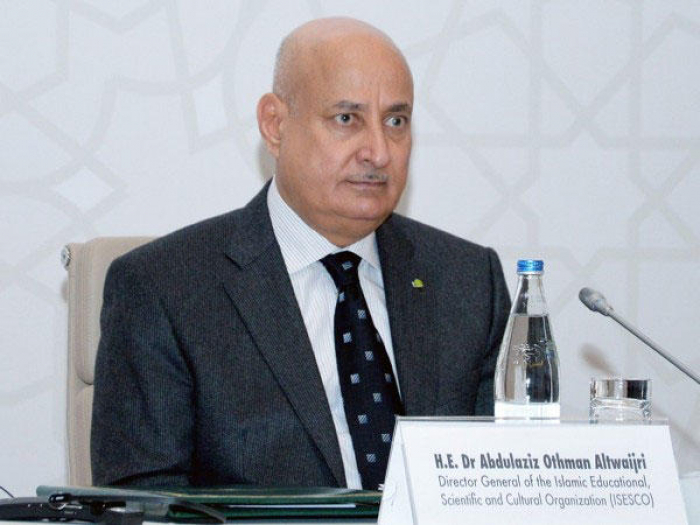 The level of religious tolerance in Azerbaijan is much higher than in France and other Western countries, former ISESCO Director General Abdulaziz Othman Altwaijri believes, AzVision.az reports.

“I have visited Azerbaijan many times to partake in various events and have repeatedly met with representatives of various religious confessions. France, as well as some other Western countries, were silent when the Armenians barbarously destroyed mosques in Karabakh and turned them into barns. At present, the same countries, which were silent before the fact of the destruction of Azerbaijani cultural values, demand Azerbaijan respect the historical values ​​of Christians,” he wrote.

Being a multicultural and multi-religious country, Azerbaijan has always been home to representatives of all nations and religions who have peacefully coexisted and worked here for centuries.

The Christian community of Azerbaijan is a vital and active part of the country's society, whose monuments and places of worship are protected and regularly restored by the Azerbaijani state.

“From the very beginning of the Nagorno-Karabakh conflict, Armenia has repeatedly tried to accuse Azerbaijan of inflicting damage to churches and other historically important monuments. This has been done without substantial evidence and hasn’t been confirmed by any independent international organization,” the ISESCO ex-director said.

“The Azerbaijani Armed Forces don’t attack civilian targets. On the contrary, Azerbaijan has made its contribution to the protection of Christian historical monuments not only within the country but also abroad,” Altwaijri noted.

“As many facts testify, the Armenians destroyed historical and cultural monuments, major infrastructure facilities such as hospitals and schools, residential buildings in the occupied lands of Azerbaijan,” he added.