The policy of three "all" or the Armenian scorched-earth tactics 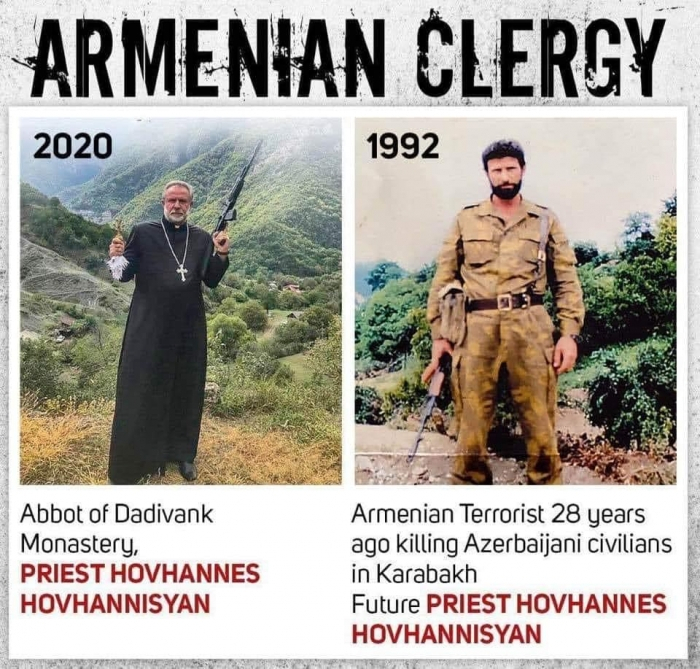 The "scorched earth" tactic is prohibited by article 54 of Protocol No. I of the 1977 Geneva Convention; article 55, in turn, prohibits causing damage to the environment.

With the liberation of Azerbaijani localities that were under Armenian occupation for more than 28 years, the whole world is witnessing the real consequences and the essence of the occupation policy of the AGGRESSOR state of Armenia.

The once flourishing cities and villages inhabited exclusively by the Azerbaijani population are now a kind of a personification of ghost cities that were invaded by barbarians, hordes of invaders who, like swarms of locusts, destroyed everything in their path.

The painfully familiar picture described in historical Chronicles has become a part of our modern history. In general, it is often said that history has a way of repeating itself, but with the example of the liberated territories of Azerbaijan, we can painfully state that, in particular, the history of scorched earth tactics repeats itself.

Scorched earth tactics were widely used in world history by invaders of foreign lands, for example, by the Nazis during World War II. There is a known order of the Wehrmacht to burn and destroy all cities and villages in order to deprive the enemy of a roof over their heads (Paul Karel. Eastern Front "Scorched Earth". page 397 — the Document 4.). History also knows an example of the "scorched earth" tactic, known as the three-all policy. Also called the "burn to ashes" strategy, everything meant: kill everything, burn everything, and rob everything.

As a result of the "scorched earth" policy of the Armenian fascists, the occupied settlements of Azerbaijan were also turned into ruins, into a desert area. In this regard, it should be noted that the "scorched earth" tactic is explicitly prohibited by article 54 of Protocol No. I of the 1977 Geneva Convention, and article 55, in turn, prohibits causing damage to the environment.

It is well known that in addition to the complete destruction of civil buildings and infrastructure, historical, religious and cultural monuments of the occupied territories, the Armenian occupiers destroyed thousands of hectares of relict forests and destroyed the environment as a result of illegal extraction of natural resources.

The "scorched earth" policy is a perpetual crime committed by the Armenian military and political leadership since the year 1992. The whole world today is a witness to the indisputable evidence, advertised by the vandals themselves in various media, of how, with the tacit inaction of the occupation authorities, civil objects are burned, infrastructure facilities are rendered unusable, religious and historical monuments of Azerbaijani settlements liberated as a result of the capitulation of Armenia are vandalized.

Simultaneously, the example of looting by Armenian vandals under the leadership of terrorist Ter-Hovhannes Hovhannisyan, who in the early 90's openly led gangs of looters and murderers who destroyed the civilian population due to their ethnicity, and in the days of the 44-day war, with a cross on his chest and a Kalashnikov in his hands, threatened to kill every Azerbaijani.

How can a Christian, and even more so a priest, be a murderer of defenseless people, violate one of the main commandments of Christianity: “thou shall not kill”! The worst thing is that under the leadership of "priest"-terrorist vandals are destroying a religious complex Khudavang by removing the tiles from the roof (images of which are available on many open-source resources), and thus arrogantly and cynically in the true tradition of the Armenian hypocritical propaganda announce in advance about the future destruction of the temple after the liberation of Kalbajar.

The footage distributed from all over the liberated territories, including the latest footage of the visit of Supreme Commander-in-Chief, President Ilham Aliyev and First Vice-President Mehriban Aliyeva to the liberated Aghdam and the mosque desecrated by the Armenian aggressors, once again testifies to the imminent restoration of the "scorched" land of Karabakh. The creative activity and careful attitude of the leaders of Azerbaijan to the religious monuments of all faiths is well-known far beyond the borders of our country. The day when the "scorched" land will flourish and recover following 30 years of barbaric extermination and devastation by the invader is not far off.

Now let everyone who somehow sympathizes with the false sufferers answer the banal question: who is the owner of the land, the one who devastates, burns to the ground and destroys it, or the one who nurtures, creates and cares for it? 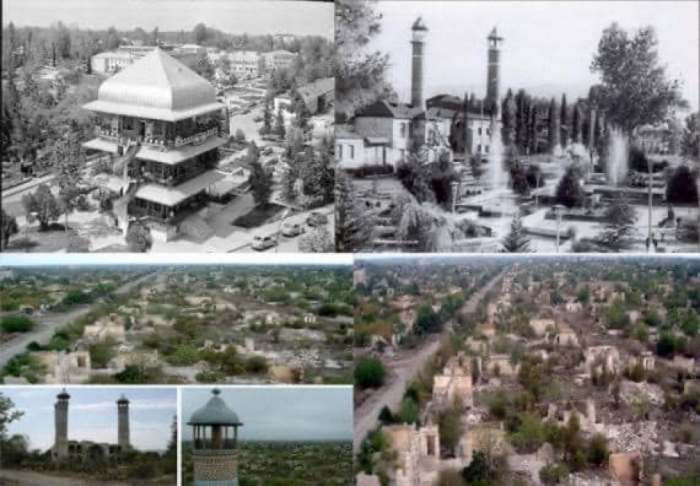 Anar Baghirov is a Chairman of the Azerbaijani Bar Association.