How will the damage caused by Armenia be calculated? 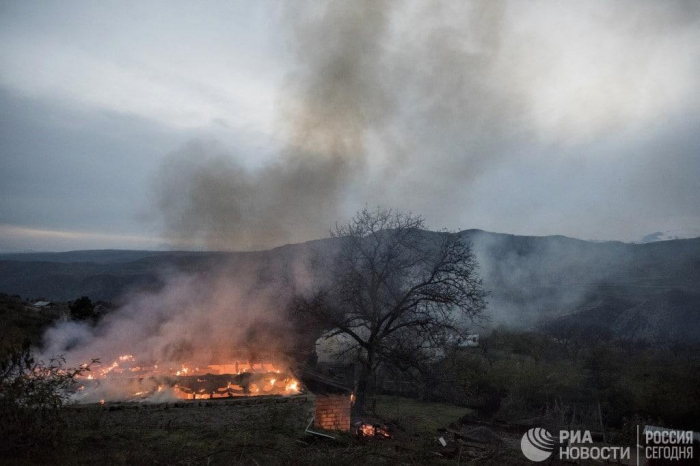 Armenians continue to burn houses, administrative buildings and destroy forests in Lachin region. In fact, they are not burning their own houses, but our houses that they took 28 years ago and used for these years. Azerbaijanis lived in those houses until 1993. Armenians who have settled in Lachin illegally after the occupation leave the region with serious damage, a member of Parliamentary Committee on Economic Policy, Industry, and Entrepreneurship Vugar Bayramov told AzVision.

According to him, the Armenian government is still unable or unwilling to fully understand the scope of these war crimes.

"But the investigation of all previous similar war crimes shows that it is a matter of demanding and paying large amounts of compensation. The world's leading media agencies are already comparing our liberated cities which were barbarically destroyed by Armenia with Hiroshima. This is just one comparison that show the scale of war crimes. How is compensation calculated for crimes? According to the World Bank's methodology, damage is calculated in four important areas: damage to property and infrastructure, loss of life and IDPs, damage from economic consequences and damage to human development. Assessing the damage caused by the conflicts in the Middle East, it was found out that the cumulative damage to the Gross Domestic Product (GDP) is multiple times more than the damage to infrastructure and property. At the same time, cessation of economic activity in these territories is calculated as serious damage. For example, the economic damage during the Syrian conflict was estimated at $ 226 billion, which is four times more than the country's annual pre-war GDP. From this point of view, the damage inflicted by Armenia in our occupied territories will not be limited to its barbaric destruction. Taking into consideration the great economic potential of those territories, there is also a need to calculate the damage to GDP separately and include it in the amount of compensation," MP said.

International institutions such as the World Bank and the United Nations already have a clear methodology in this regard. The involvement of international experts in the damage assessment process will allow for a more accurate calculation of the amount. Thus, the processes in the region are entering a new stage. We believe that this stage will be the stage of responsibility of the occupying Armenia for war crimes, Vugar Bayramov said.