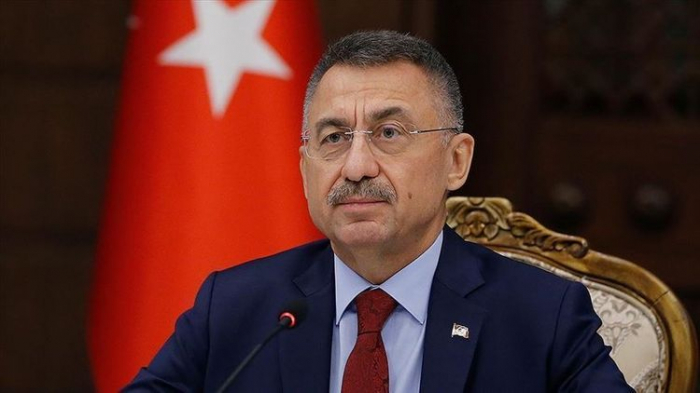 The withdrawal of occupying Armenian troops from Nagorno-Karabakh has once again demonstrated the strength of the Turkey-Azerbaijan fraternity to the whole world, Turkish Vice President Fuat Oktay said on Saturday, AzVision.az reports.

He noted that Turkey has not remained silent for 30 years about Armenia’s atrocities in Karabakh and its recent attacks on civilians and cities.

“At a time when some countries turned a blind eye to the injustice in Karabakh, we stood by Azerbaijan with all means,” Oktay said.

The vice president stressed that Turkish troops will start their duty in Azerbaijan as soon as possible in order to protect the rights and interests of the fraternal country.