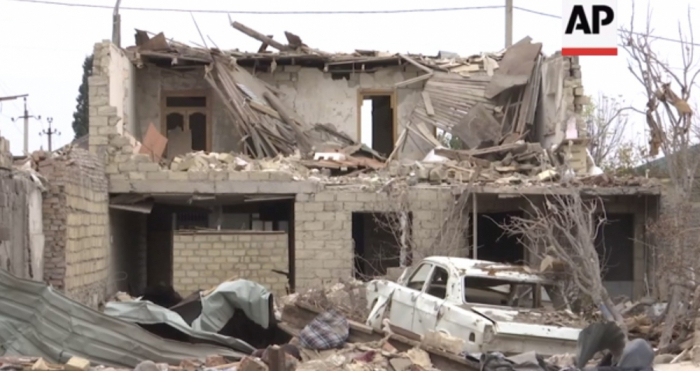 It was reported that wide of destroyed buildings could be seen in Muhtar Haciyev street, as well as people paying respect next to wreaths and mementos left for the dead. 3. Various of toys and flowers, wreaths were left for the dead, as well as Azerbaijani flag, flowers and note reading: "Armenia terrorism, pray for Ganja!" 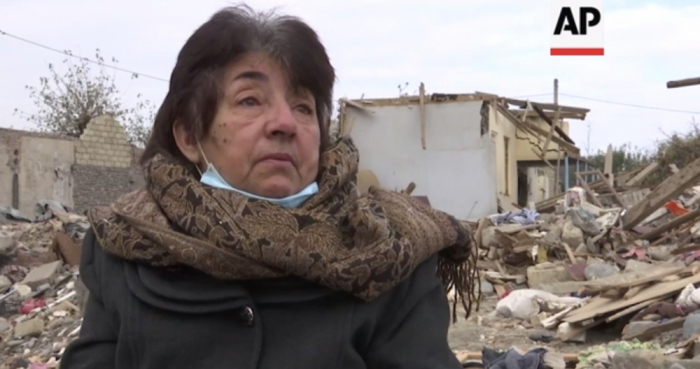 “There were at least 17 dead and scores wounded in Muhtar Haciyev street in Ganja by the morning of October 17. Artur Mayakov, 13, was fatally wounded that day. He was rushed to a hospital where he was able to cling to life for nine days only to succumb to his wounds,” the article said. 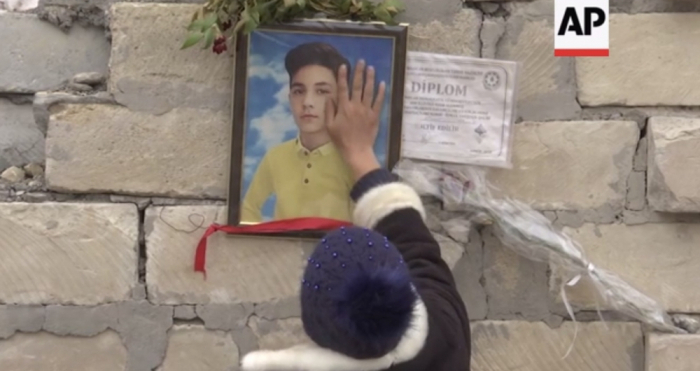 It was reported that Azerbaijani officials said the Soviet-made Scud missile destroyed or damaged 20 residential buildings in Ganja overnight, and emergency workers spent hours searching in the rubble for victims and survivors. As noted in the article, Scud missiles date back to the 1960s and carry a big load of explosives but are known for their lack of precision. 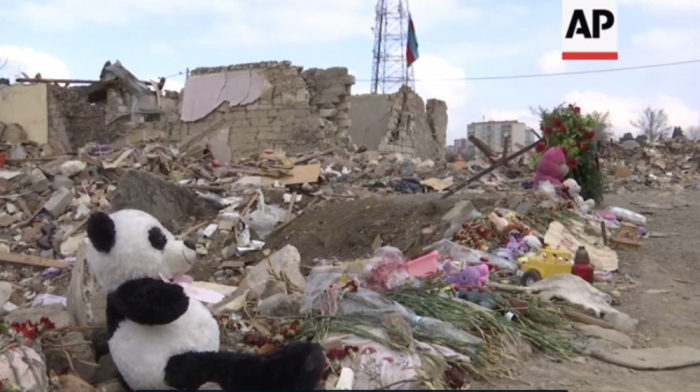 “Tahzegul Sahnazarova lost her son, grandson and daughter-in-law in the attack. Sahnazarova walked amongst the ruins of her old apartment, now adorned with wreaths and shrines to those who were killed in the strike. Sahnazarova said that she and a small child were the only ones left from their family after the attack,” the article said.