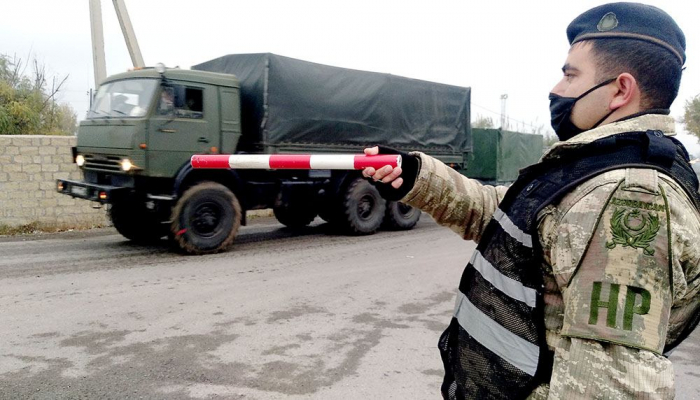 The next military logistics for the Russian peacekeeping contingent deployed in the Nagorno-Karabakh region of Azerbaijan was transported to Azerbaijan on November 30, AzVision.az reports citing the Ministry of Defense of Azerbaijan.

The cargo transported by rail was delivered to the destination on the specified route.