Armenian newspaper in US urges use of nuclear bomb on Azerbaijan 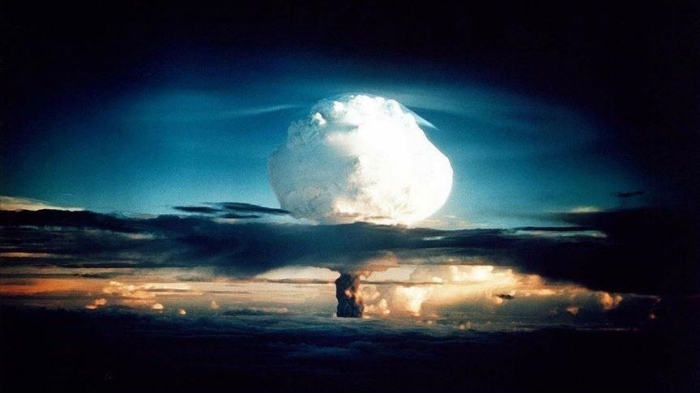 An Armenian newspaper in the US published an opinion piece that urges the use of universally banned weapons of mass destruction (WMDs) against Azerbaijan and its civilian population, AzVision.az reports citing Anadolu Agency.

The piece by Stepan Altounian called on the Armenian government to use any nuclear weapon available to turn the Azerbaijani capital Baku into a "wasteland for the next 5,000 years."

"I, as probably all Armenians, was devastated but not necessarily surprised over the news that Armenia lost to the Azeris," Altounian wrote, referring to Armenia's Nov. 10 surrender to Azerbaijan in the conflict over the Nagorno-Karabakh region.

Intense fighting that erupted on Sept. 27 ended weeks later when the Armenian occupiers retreated from territories internationally recognized as part of Azerbaijan.

In the controversial piece, endorsed and published by the Armenian media group Asbarez, Altounian asked "Where was the nuclear option?" at a time when governments and the UN are urging nuclear disarmament.

"Why not take the nuclear waste from Metzamor and manufacture dirty bombs?” he wrote.

"Please do not tell me about weapons of mass destruction when the Turks and Azeri used them against civilians without any repercussion from anyone,” he baselessly claimed.

"Two can play that game and we should. It will definitely make them think twice if we could turn Baku into a radioactive wasteland for the next 5,000 years.''

Charges that Turkey and Azerbaijan used banned weapons against Armenia have never been reported by UN agencies or independent media outlets.

"Los Angeles-based Armenian Dashnak newspaper Asbarez publishes an article suggesting Armenian attacks on Baku, Azerbaijan turning it into a ‘radioactive wasteland for the next 5,000 years.’ We call on FBI & LAPD to investigate it," it said in a statement.

''Unfortunately, it’s not the first time we witness such terrorist threats against Azerbaijan. It’s a result of a sick mindset, shaped by deep-rooted anti-Azerbaijani hatred, Azerbaijanophobia, promoting violence and destruction. I hope the American law enforcement agencies will continue to be vigilant against such threats and conduct a proper investigation into this outrageous promotion of violence by US-based groups,” said Nasimi Aghayev.