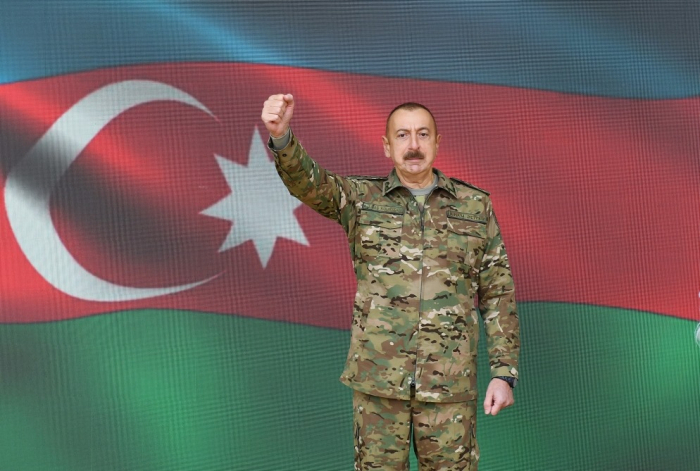 Azerbaijani President Ilham Aliyev has signed an order on December 2 on establishment of the Victory Day.

Under the relevant order, Victory Day will be solemnly marked in Azerbaijan on November 10 annually.

The order says: “In response to Armenia's latest provocations and military aggression, the Azerbaijani people waged a Patriotic War in order to put an end to the occupation of our lands, force Armenia to peace, implement the requirements of the relevant UN Security Council resolutions, return IDPs to their native lands and restore justice.

All the Azerbaijani people were mobilized and united for this sacred cause. After 44 days of military operations, the victorious Azerbaijani Army liberated from occupation the cities of Jabrayil, Fuzuli, Zangilan, Gubadli, Shusha - the crown of Karabakh, Minjivan, Aghband, Bartaz settlements of Zangilan district, Hadrut settlement and many villages of Khojavand district, including Sugovushan village of Tartar district, several villages of Khojaly and Lachin districts, as well as important strategic hills in the direction of Aghdara, Murovdagh and Zangilan.

We have liberated our lands at the expense of the lives and blood of the Azerbaijani people, our hero martyrs, soldiers and officers."