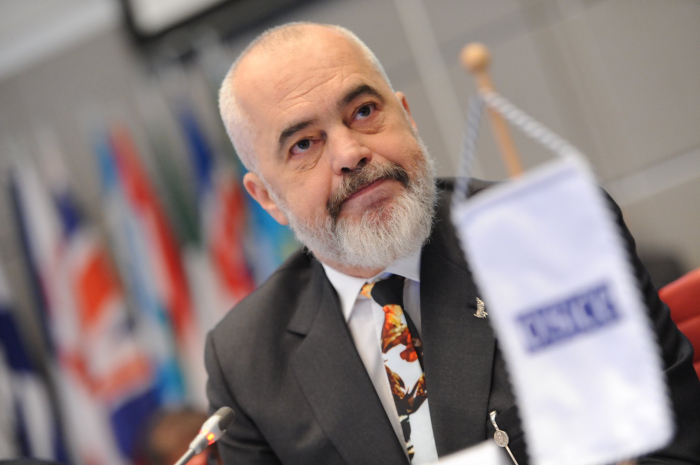 OSCE Chairperson-in-Office, Prime Minister of Albania, Edi Rama expressed his full support to the OSCE Minsk Group co-chairs regarding the Nagorno-Karabakh region in his speech at the 27th meeting of the OSCE Council of Foreign Ministers, AzVision.az reports.

"Fortunately, military operations in the Nagorno-Karabakh are over. Now it is the time to fulfil the agreement. Substantial talks must be continued to achieve a long-term and comprehensive solution to the conflict," Edi Rama said.