All historical, religious items in churches of Azerbaijan destroyed by Armenians - Albano-Udi community 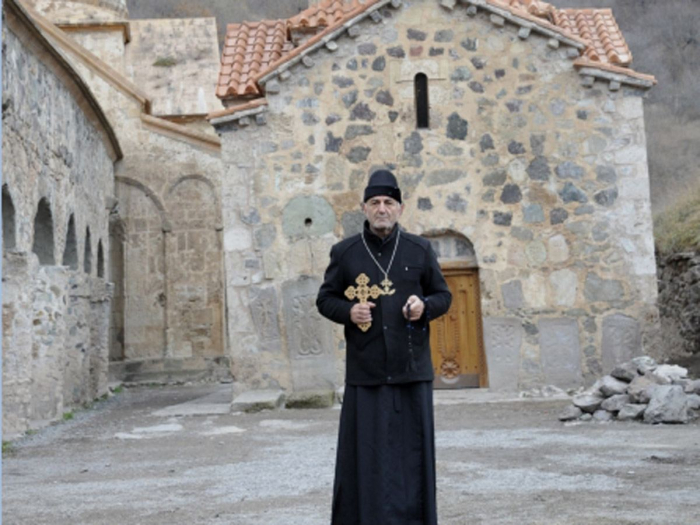 He said that the Armenian clergymen in the church tried to prevent the presence of members of the Albano-Udi community, but failed.

“For a while they tried to prevent us from visiting the monastery, they wanted to forbid us to take pictures. We explained to them that the monastery didn’t belong to the Armenians, but to us - the Udins. We provided the facts that the Armenians destroyed all the historical and religious items in the monastery, after its appropriation in 1993. Our trip to the monastery was timed to coincide with the great Christian holiday, which was celebrated on the 4th of December. Despite all the obstacles, we prayed and lit candles, and also took pictures,” Danakari said.

“During our visit, members of the Albano-Udi community expressed objection to the presence of Armenian clergy in the monastery, having told the Russian peacekeepers about it. We objected that there are Armenian priests on Azerbaijani territory, to which the peacekeepers replied that they are temporarily here,” the preacher added.