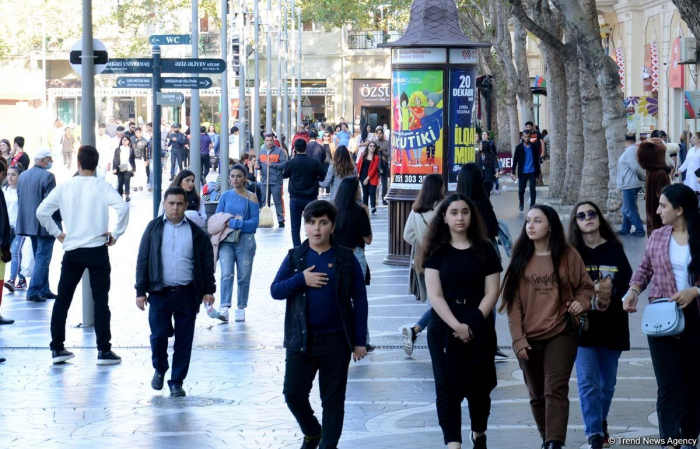 Azerbaijan is one of the countries with the world's highest index of economic hope among citizens for 2021, Gallup International said, the Center for Analysis of Economic Reforms and Communications (CAERC) reported.

CAERC said that according to Gallup, Azerbaijan's Economic Hope Index was estimated at 65 points for 2021. The index is based on the expectations of the country's citizens about the future economic prospects and based on the results of their survey.

“This is due to the fact that Brexit and the COVID-19 pandemic, respectively, have further exacerbated the political and economic situation in these countries,” he explained.

“Azerbaijan has shown high results according to the existing index, and this is also related to the results of the military-political solution to the Nagorno-Karabakh conflict (implying 44-day war from late Sept. through early Nov.2020, which ended with liberation of Azerbaijani lands from Armenian occupation),” added Museyibov.

According to him, the World Bank in its January report ‘Global Economic Prospects’ has predicted economic growth in Azerbaijan in 2021 by 1.9 percent, and in 2022 - by 4.5 percent.

“The inclusion of financial support worth 2.2 billion manat ($1.3 billion) for restoration and reconstruction work in the Karabakh region and infrastructure investments to the state budget for 2021 will also positively impact the economic prospects of Azerbaijan,” he pointed out. “Moreover, the stabilization of oil prices, the expected tourist boom, as well as the growth of the business confidence index will further increase the economic growth of the country.”

“Thus, both forecasts for economic indicators and measures planned by the state, as well as positive feedback from international organizations on the general economic situation in Azerbaijan, indicate that the country will achieve higher rates of development in the coming years,” Museyibov said.

“In the ‘Index of Economic Freedom 2020’ Azerbaijan has climbed 16 steps to rank 44th, and at the same time preserved its regional leadership in other rating reports,” he noted. “Besides, the country ranked 64th in the ‘Potential Military Power 2020’ rating of the Global Firepower organization, and 60th in the ‘Child Rights Index 2020’ published by the Foundation for the Rights of the Child and the Erasmus Institute of Rotterdam.

The successful geo-economic background formed by Azerbaijan over the years has provided its leadership in all spheres," concluded the expert.