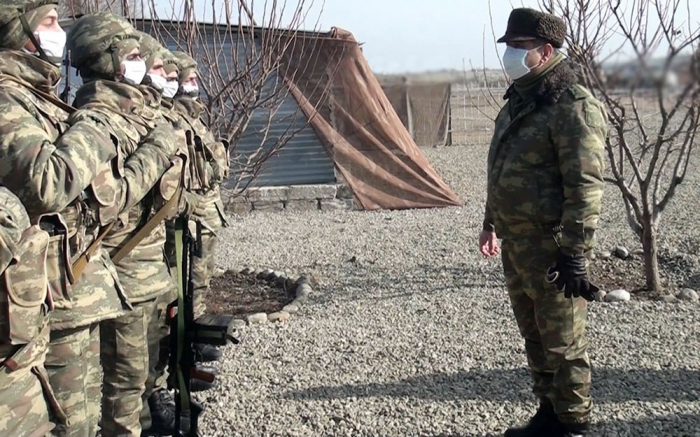 According to the order of the President of the Republic of Azerbaijan, the victorious Supreme Commander-in-Chief of the Armed Forces, Mr. Ilham Aliyev, work is being carried out on the provision and organization of troops service, as well as the improvement of social and living conditions of military personnel of Azerbaijan Army Units stationed in the liberated territories.

The Minister of Defense Colonel General Zakir Hasanov and the leadership of the Ministry have visited the units of the Azerbaijan Army stationed in the liberated territories and inquired about the conditions created there, AzVision.az reports citing Azerbaijan's Defense Ministry.

The Minister of Defense got acquainted with the conditions created for servicemen in the units, as well as gave relevant instructions on the combat training of military personnel and the organization of troops service.