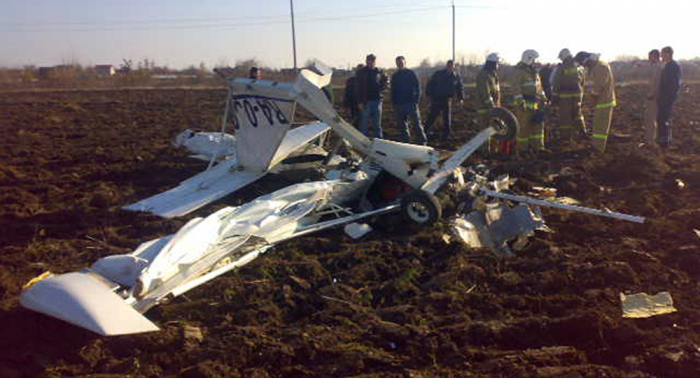 Three people were killed and another injured in a plane crash on Friday 63 kilometers (39 miles) off the city of Saint Petersburg, Russia's Emergency Ministry said.

A collision with another light-engine aircraft Cessna in Leningrad caused the crash. The second plane landed with slight damages, it said.

Both planes were performing training flights, it added.