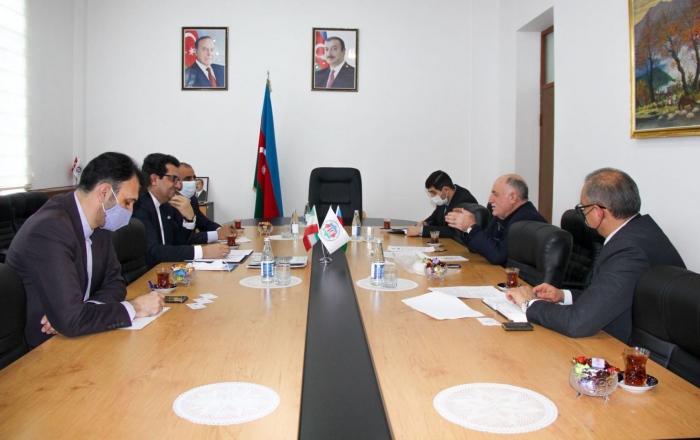 Mousavi made the remark at the meeting with the President of the National Confederation of Organizations of Entrepreneurs (Employers) of Azerbaijan Mammad Musayev, AzVision.az reports citing to the Confederation.

"Before the visit to Azerbaijan, the ambassador visited four Iranian regions bordering with Azerbaijan, met with entrepreneurs, heads of chambers of commerce and industry, as well as with the management of the Iran Chamber of Commerce, Industries, Mines and Agriculture," Mousavi said.

"Iranian entrepreneurs have expressed interest in establishing ties with Azerbaijan," the ambassador added.

At the same time, Mousavi stressed that the meeting of the Joint Intergovernmental Commission, which will be held in Tehran on January 18-19, 2021, will also contribute to the development of economic ties.

"The Tabriz Chamber of Commerce, Industries, Mines and Agriculture is interested in holding a joint video conference with the Confederation," the ambassador said.


"There are ample opportunities for establishing ties with companies operating in the regions bordering with Azerbaijan, at the same time, specialized exhibitions are being prepared," Mousavi said.

The ambassador proposed to establish joint companies to transport Iranian products both onshore and offshore.

The Confederation was established on March 5, 1999, in Baku and passed official state registration.

The Confederation unites over 1,000 business entities, including 35 associations and socio-economic unions.