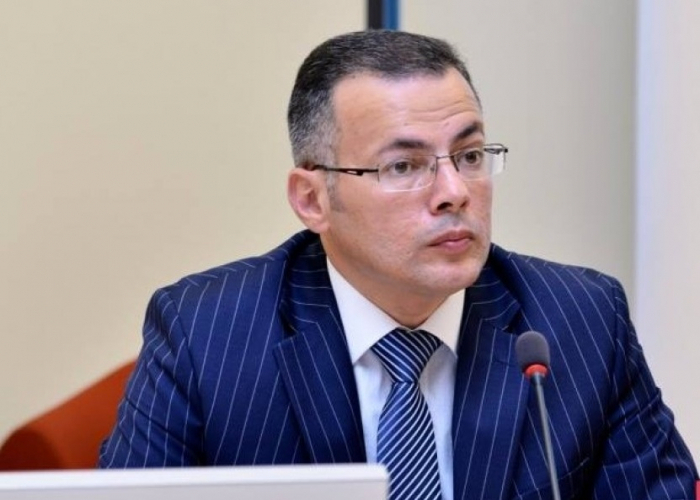 After a trilateral meeting between President of Russia Vladimir  Putin, President of Azerbaijan Ilham Aliyev and Prime Minister of Armenia Nikol Pashinyan, the leaders made a statement to the media. The statement is aimed at creating a completely new situation in the region - restoring transport communications.

Expressing his attitude to the prospect of opening regional communications, the head of the Center for Analysis of Economic Reforms and Communication, Doctor of Economics Vusal Gasimli noted that Azerbaijan has created a new reality that determines the economic architecture of the region. «Economic and mathematical calculations carried out at the Center for the Analysis of Economic Reforms and Communication show that the launch of communications and the development of trade and economic ties will benefit both the region and separate countries. For example, following the gravity model, as a result of launch of communications, the share of Turkey in Armenia's trade turnover may increase from 3 to 13 percent, and the share of Azerbaijan at the initial stage - from a minimum to 1 percent.

At the same time, the launch of communications in the region can increase Azerbaijan's exports by 1.2 billion manat, non-oil GDP by  2 percent, the processing industry by 3 percent and the mining industry by 2.7 percent. Our calculations based on general equilibrium theory show that the reintegration of Karabakh into the Azerbaijani economy in the medium term will manifest itself in a positive impact of 10.4 percent on agriculture, 5.5 percent on tourism, 5.3 percent on the mining industry, 4.9 percent for transport services, 4.3 percent for the manufacturing industry and 1.4 percent for other services, and in general, 5.1 percent for the formation of non-oil GDP,” Vusal Gasimli said. According to V. Gasimli, using the transport capacity of Azerbaijan in two directions - Gyumri-Nakhchivan-Meghri-Baku and Yerevan-Gazakh-Baku, Armenia can establish transport links with Russia, which accounts for 25-30 percent of the country's trade turnover. Taking into account that a railway connection from Kars to Gyumri is also possible, in general, according to the calculations of all foreign sources, 434 million US dollars are required for Kars-Gyumri-Nakhchivan-Meghri-Baku direction. Moreover, a railway project with cargo transportation of 10 million tons per year can bring profit after 13 years of operation.

Along with that, the planned railway line from Kars to Nakhchivan and from Nakhchivan to Zangilan through the corridor to Meghri complements the above-mentioned project and has greater strategic importance for Turkey. Thus, Armenia's ability to join the integration of the railways of Azerbaijan and Turkey will depend on the rationality of official Yerevan’s policy. Armenia should assess not only the chance of accessing the ports of the Mediterranean and Black Seas through Turkey, but also the possibility of establishing ties with Iran through Julfa - the territory of Azerbaijan. Considering tough geographic conditions, no investor will agree to invest 2-3 billion US dollars for the implementation of the Armenia-Iran railway line project. The launch of communications in the South Caucasus makes it possible to access the Iranian and Oman gulfs, as well as the Indian Ocean through the Iranian cargo port of Bandar Abbas and the Istanbul-Islamabad railway line.

Gasimli considers that the Kars-Nakhchivan-Meghri-Zangilan-Baku railway line is important in terms of lifting the blockade of Nakhchivan, reducing transport costs, diminishing the impact on the environment, increasing foreign trade opportunities, tourism and passenger turnover, as well as attracting investment in the region.

Gasimli continued: “In fact, Azerbaijan promotes greater integration of the Mediterranean and Caspian basins along the Great Silk Road and the North-South corridor. New transport opportunities appear between Central Asia and Europe, Turkey and Russia, Iran and Europe, as well as between Turkey and Central Asia. "

He also noted that the European Union was created on the basis of an agreement on coal and steel. “The launch of communications in accordance with the new reality created by Azerbaijan in our region lays the foundation for peace, security, stability, prosperity and mutually beneficial cooperation, which means an inflow of investments and sustainable development. Now, the designed communication projects will form the future transport and energy map of the region, as well as the economic, political and strategic architecture as a whole," Gasimli summed up.