Azerbaijani MFA issues statement regarding the meeting of ministers 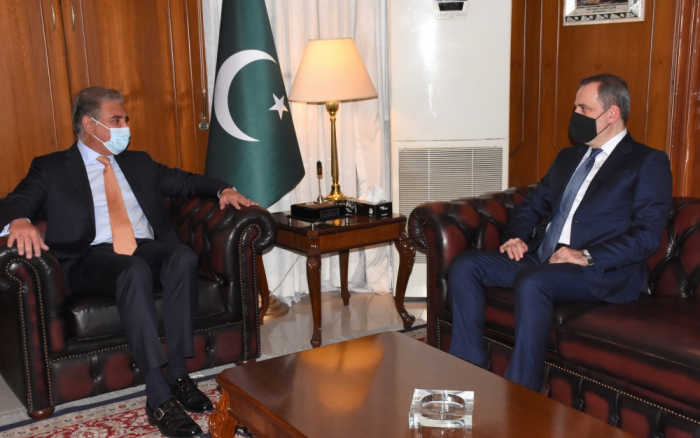 During the meeting, the Ministers exchanged views on bilateral cooperation between the two countries, which is developing on the basis of friendship and brotherhood.

Minister Shah Mahmood Qureshi congratulated on the liberation of Azerbaijani lands from illegal occupation and said that Pakistan has always supported Azerbaijan's just position. He said the trilateral meeting in Islamabad was a clear example of the determination of our countries to further develop cooperation in the region.

Minister Jeyhun Bayramov noted with satisfaction the support of the friendly government of Pakistan to the position of Azerbaijan based on international law, including the resolute support of the Pakistani people. The gratitude was expressed to the opposite side for demonstrating this principled position unambiguously during the Patriotic War. The gratitude was expressed to the Foreign Minister of Pakistan for successfully hosting the second meeting of the Foreign Ministers of Azerbaijan, Pakistan and Turkey.

The Ministers also discussed many aspects of bilateral relations, including expanding cooperation in trade, agriculture, energy and transport, as well as regional and international issues of mutual interest.