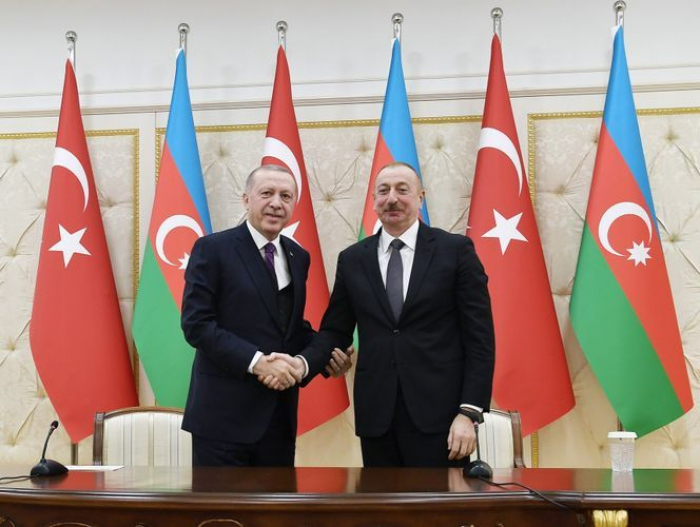 The successful development of friendly and brotherly relations between Azerbaijan and Turkey in all areas and the constantly expanding bilateral cooperation was once again emphasized during the phone conversation. President Ilham Aliyev briefed the Turkish President on the start of restoration and reconstruction work in the liberated territories, hailed the Turkish companies' active involvement in this work, noting that it contributed to further strengthening of relations between the two countries.

Recep Tayyip Erdogan thanked the head of state for the information and praised the Turkish companies' involvement in the restoration and reconstruction work of the liberated lands of Azerbaijan.

The heads of state spoke about the launch of the Turkish-Russian Joint Monitoring Center in Aghdam soon, noting that the operation of the Center will contribute to ensuring long-lasting peace.

The Turkish President emphasized that his country would continue to support Azerbaijan.

The head of state thanked the Turkish President for this.