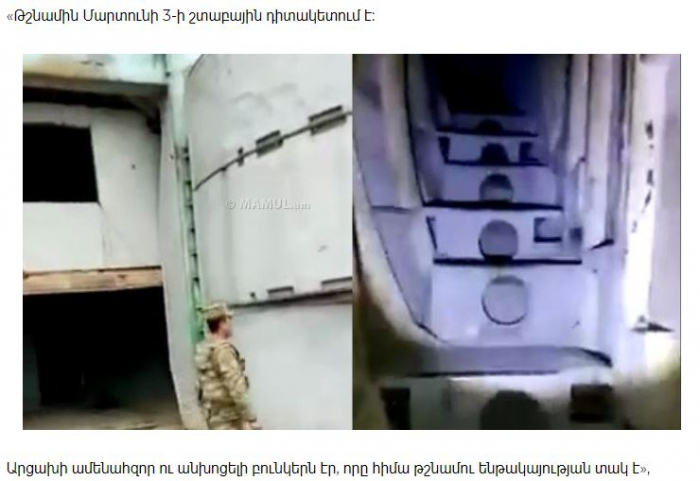 Armenian media made a report on a video taken by Azerbaijani servicemen in the liberated territories, AzVision.az reports.

The footage shows an unusual military fortification left by Armenians during the war. The video shows a tunnel and a specially reinforced bunker.Armenian journalists commented on the video: “Azerbaijani servicemen are at the headquarters of Khojavend-3. It was one of the strongest and most inviolable bunkers in Karabakh. It is already under the control of the enemy. "

Note, during the war there were many reports about the disclosure of secret Armenian military facilities. It became clear that in the positions liberated by our servicemen the occupying country has been building tunnels and special fortifications, bunkers and other secret military facilities worth millions of dollars, where tanks can be hidden.