Freedom of a nation is nurtured by blood of its martyrs, says Pakistan's Ambassador to Azerbaijan 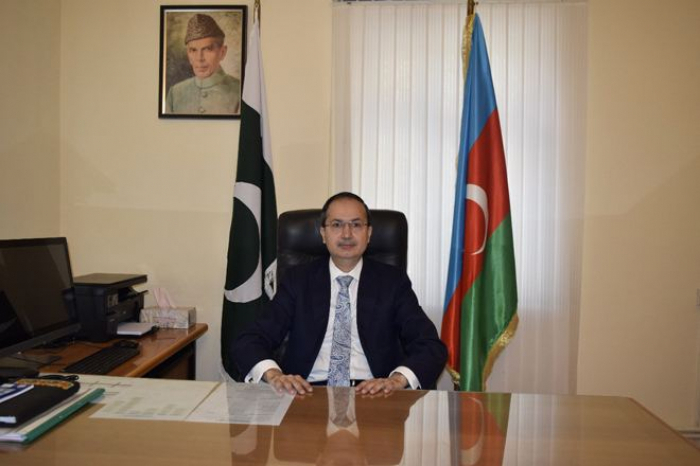 Ambassador of Pakistan to Azerbaijan, Bilal Haye expressed his condolences to the people of Azerbaijan on the occasion of the 31st anniversary of the January 20 tragedy in his tweet, AzVision.az reports.

"Freedom of a nation is nurtured by the blood of its martyrs. Respect to all the martyrs of Azerbaijan", Ambassador said in his tweet.

Bilal Haye also posted photos from his visit to the Alley of Martyrs.