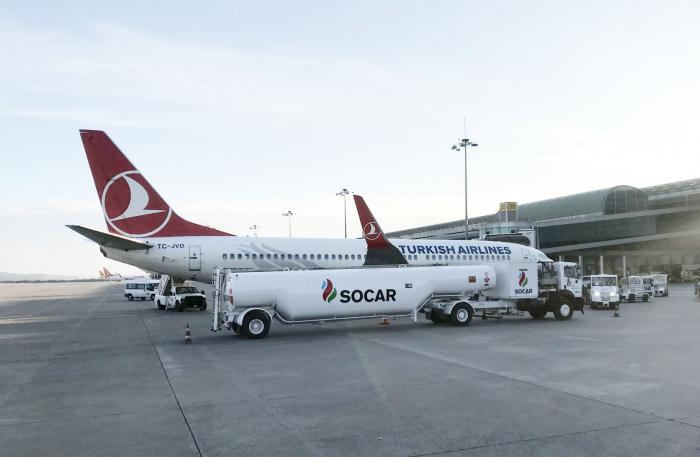 According to the company, it is planned to supply fuel to Izmir Adnan Menderes Airport for 9,000 aircraft a year.

SOCAR Aviation will supply fuel to the airport from its own filling station. In total, SOCAR Turkey has two filling stations for air transport, which have their own point at Izmir Airport Adnan Menderes, the message said.

“The filling station located at Izmir Adnan Menderes Airport, which received an EPDC license after being refurbished and licensed by SOCAR Aviation, has two 750 cubic meters of aviation fuel. The station, built on a total area of ​​2,500 square meters, has an annual refueling volume of 182,000 cubic meters with the existing infrastructure. This capacity meets 60 percent of the airport's total demand. In this context, it is planned to supply fuel for 9,000 aircraft a year,” reads the message.

“SOCAR Aviation has become a supplier of aviation fuel for a number of airports since it began operations in the air transport sector in 2013. In addition to Milas-Bodrum Airport and Izmir Adnan Menderes Airport, Istanbul airports also meet fuel needs,” the message added.

SOCAR Aviation, which continues to invest in the refueling industry, plans to launch new refueling complexes in the future.

“Thanks to the integrated structure of SOCAR Turkey, which includes all links of the energy chain, SOCAR Aviation, which also has the advantage in the form of jet fuel production capacity at the STAR refinery, continues to work to provide the best services to the Turkish air transport sector,” SOCAR said.