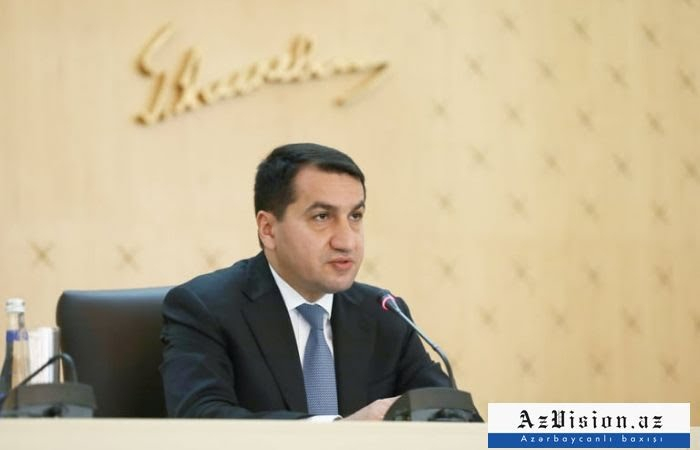 Azerbaijan supports "open dialogue and communication" with the peacekeeping contingent of the Russian Federation, said Assistant to the President of Azerbaijan, Head of Foreign Policy Affairs Department of the Presidential Administration Hikmet Hajiyev at the meeting attended by Director of the Eurasian Center at the Atlantic Council and former US Ambassador to Ukraine, John Herbst, AzVision.az reports.

"The representatives of the Russian peacekeeping contingent are "doing their job professionally", Hikmet Hajiyev noted.

Azerbaijani President's Aide also stated that after the statement signed on November 9, 62 armed Armenians, who crossed the state border of Azerbaijan, aimed to attack Azerbaijani positions taking some equipment.

"These people are not prisoners of war, they belong to another category of prisoners. Azerbaijan handed the bodies of about 1,200 Armenian servicemen over to the Armenian side", Hajiyev added.