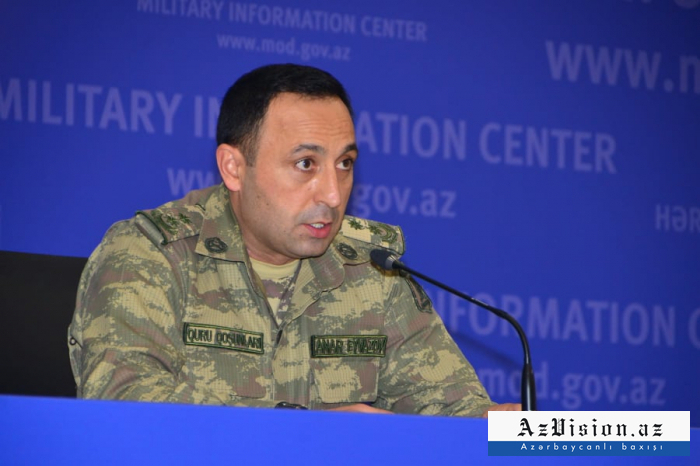 The engineering troops of the Azerbaijani army, like other types of troops, played an exceptional role in the Patriotic War of Azerbaijan, Spokesperson for the Ministry of Defense, Lieutenant Colonel Anar Eyvazov said on Tuesday, AzVision.az reports.

According to Eyvazov, under the leadership of the Supreme Commander-in-Chief, the army liberated all the Armenian-occupied territories of the country within 44 days (from late Sept. through early Nov.2020). At present, the engineering units execute their assignments in the liberated territories, like other units of the Azerbaijani army.

"The engineering troops are restoring destroyed territories, building roads, and conducting mine clearing. During the war, they cleared roads for the advance of Azerbaijani troops. At present, the engineering units together with Turkish and Russian specialists continue to clear the liberated territories from mines and unexploded munitions," he added.